How the finance world started turning against fossil fuels 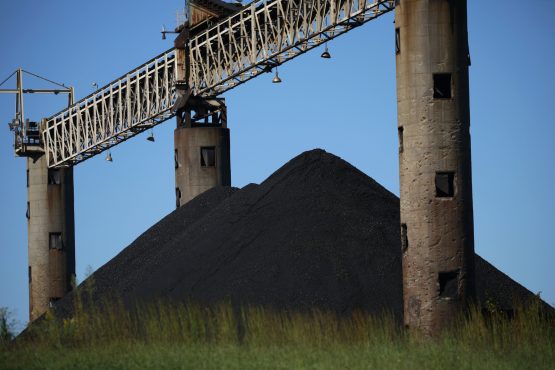 A quiet celebration took place in London last month. It marked the 10th anniversary of the “Carbon Bubble” report, published by the think tank Carbon Tracker Initiative, that’s become one of the most influential arguments against burning fossil fuels.

The report’s starting point was another pioneering piece of research. Malte Meinshausen and other scientists had published a paper in Nature a couple years earlier that estimated how much more heat-trapping carbon dioxide humans could release before the world warmed by 2 degrees Celsius from industrial levels. They found that to have a 75% chance of breaching the warming limit, no more than 1 trillion metric tons of carbon could be burned from 2000 to 2050.

Put that against the amount of untapped fossil fuels estimated in 2011 and Carbon Tracker concluded that only a fifth of the 2.3 trillion tons of hydrocarbons could be extracted and used. The rest would have to be left in the ground. It was a completely counterintuitive proposal to the corporate world. All that coal, oil and gas contributed to the value of companies and assets that sat in portfolios from New York to Hong Kong. Even if the goal was only partly realized, those holdings would plummet.

“Investors are thus left exposed to the risk of unburnable carbon,” the report said. They would be “stranded assets” — the theory that inspired the title of this newsletter.

Climate change is often described as a “wicked problem.” No specific person is incentivized to tackle it because the benefits will be enjoyed by everyone. But the Carbon Bubble report introduced a completely new way of looking at the problem. Its authors pointed out another truth: the fossil fuel business had to go away if the planet were to survive, and being the last one out the door would be a colossal financial mistake.

That risk has caught on in recent years. As the exit from fossil fuels — also driven by technology, policy and consumer pressure — accelerated, many investors began reconsidering the wisdom of owning such assets . It wasn’t a question of being a “climate believer” or wanting to be ethical.

Unlike other industries that were ultimately doomed, some real numbers can be put around the fossil fuel sector’s prospects. It’s possible to figure out which carbon reserves might be most or least “burnable” in the scarce remaining carbon budget. Subsequent work broke down those total reserves by metrics such as geography and cost of production.

Reading the Carbon Bubble report a decade later is bittersweet. A lot of what it warned of has already come to pass. Many of the companies listed as the most loaded up with too many carbon reserves have since embraced policies that they would’ve found absurd a decade ago. Others have failed. BHP Billiton moved too slow to get rid of its thermal coal assets and is still stuck with one today; AngloAmerican had to pay to hive off its South African coal mines. Even Exxon had to write down the value of its reserves, mostly because of its exuberant purchase of shale gas assets a decade earlier.

Limitations to the theory have also come to light. Fossil fuel assets can lose a lot of money for private investors without necessarily ceasing production. Many are protected by laws, institutions and vested interests. Companies have used an archaic international treaty called the Energy Charter Treaty to sue governments for some $18 billion over emissions policies, according to an analysis by Global Justice Now.

A study by the International Institute for Environment and Development last year found that of 257 foreign-owned coal power plants worldwide, at least three-quarters enjoy some kind of “investor-state dispute settlement” protection, which allow owners to sue governments that might try to close them early. Then there are the national and state rules around licensing and royalties for extractive industries, which often require leaseholders to keep producing.

A bigger barrier still is simply that for many governments, fossil fuels are a prized source of export earnings, or their domestic industries are politically powerful incumbents that the state will protect. Even coal, which can be cheaply substituted with new renewables in many parts of the world, is still being supported by producing countries like Australia, China, Indonesia and India.

Mark Campanale, who co-founded Carbon Tracker, advocates for a solution to this problem. It’s called the Fossil Fuel Non-Proliferation Treaty and attempts to erode state support for fossil fuels. Modeled after the nuclear non-proliferation treaty, Campanale says the initiative addresses the “classic dilemma” facing many governments.

“If you go first and give up your production rights, bad actors will step in and take over your market share,” he said. “So you need everyone to jump together and cancel licenses and production rights.”

The Nuclear Non-Proliferation Treaty took shape after years of grassroots support and civil society advocacy. A core proposal of Campanale’s initiative borrows one element: a standardized and freely accessible registry of all fossil fuel reserves and projects around the world that can be analyzed by production cost and emissions.

Crucially, the database would also link projects to governments, which might add some strength to international climate commitments. “We know that some at the top of the stack will be leading signatories to the Paris Agreement,” said Campanale. “Signatories have yet to observe that emissions reductions means less fossil fuel use, otherwise why keep on handing out new licenses?”