Company is getting ready to list a renewable-energy fund later this year.
By Antony Sguazzin and Roxanne Henderson, Bloomberg 12 Feb 2020  13:44 Investec is increasing its focus on environmental, social and governance issues to bolster its profit and address concerns raised by investors over climate change.

The South African and UK lender — which offers wealth management as well as private, corporate and investment banking — is getting ready to list a renewable-energy fund later this year. This month, Investec launched a structured product that for the first time gives South Africans access to a global environmental index, and has committed to carbon neutrality for its own operations with an announcement due later this month.

“The urgency around work on climate change is as high as it has been at any time,” chief executive officer Fani Titi said in an interview at the bank’s Johannesburg headquarters on Monday. “In the next round of corporate disclosures, you will see much more detailed disclosure around climate exposure.”

South African companies are coming under increasing pressure from shareholders to improve their disclosure around greenhouse gas emissions. While the country has some of the world’s worst air pollution, many businesses have paid more attention to addressing issues of inequality and racial and gender diversity, because of the nation’s history of racial segregation.

Nedbank Group, another South African bank, has had a carbon-neutral footprint on its own operations since 2010. Investec doesn’t yet disclose its fossil-fuel lending exposure while Nedbank does. South Africa’s three biggest banks – Standard, FirstRand and Absa Group – do not.

“We have numbers internally that show we have substantially less exposure than most of our international peers,” said Titi, one of 30 global CEOs to sit on the Global Investors for Sustainable Development Alliance, a group convened by the United Nations to advise on financing sustainable development.

“It’s great that Investec is committing to taking climate action in the context of its own direct operational footprint,” said Tracey Davies, director of Cape Town-based shareholder activist organisation Just Share. “Until we can see how much money banks are lending to fossil fuels, and what their plans are to end that financing, operational carbon reduction commitments will not be enough to convince stakeholders that these companies are taking climate risk seriously.”

The company is moving forward with its own green energy activities and has boosted lending for renewable-energy projects in the past year to £1.6 billion from £1.2 billion a year earlier, said Tanya dos Santos, the head of group sustainability.

Its renewable energy fund, Revego Africa Energy, will list on the Johannesburg Stock Exchange in the middle of 2020, she said. It will focus on projects in sub-Saharan Africa and will initially be funded by a R1 billion contribution from Investec and UK Climate Investments. The fund is expected to grow to as much as R8 billion over three years, according to its website.

Returns on the firm’s Investec Environmental World Index Autocall will be linked to the Euronext CDP Environment World EW Index. An autocall is a structured investment that automatically matures and pays out a pre-set return if it exceeds its entry point at various intervals.

Any investment company that takes climate change seriously and invests their clients savings in accordance to that hoax shouldn’t under any circumstances be supported.

Yes. They can invest my money in canned lion hunting, I don’t care. As long as I get a good return.

Perhaps they’re starting with listing an IPO with a JV between Tongaat Starch Division and Sasol to manufacture ethanol …Lol. Electric vehicle production has no hope of being part of South Africa’s climate change solution anytime soon! 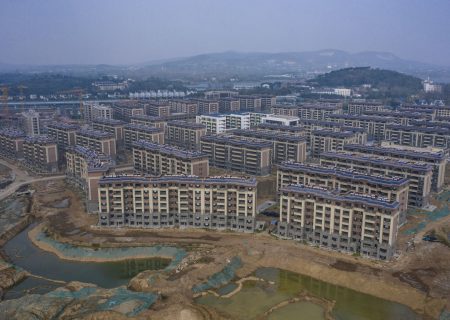