Executives are weary of being repeatedly asked to prepare for a possible no-deal Brexit.
By Alex Morales and Joe Mayes, Bloomberg 24 Oct 2020  16:16 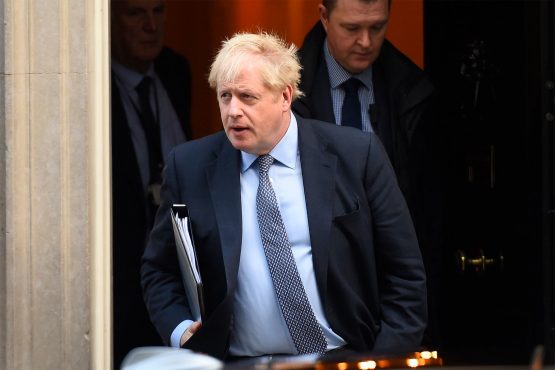 On Tuesday afternoon, Boris Johnson held a conference call with the U.K.’s business leaders to urge them to get ready for Brexit to hit at the end of the year. But instead of winning them over, he left them offended.

Some executives believed the prime minister was accusing them of being apathetic and dragging their feet when they should be preparing for the upheaval of leaving the single market and European Union customs regime.

“The WhatsApp group chats all got going straight afterwards and there was a genuine and palpable anger about using that word ‘apathy,’” one person on the call said.

After a year in which many companies have struggled to cope with the economic damage wrought by the coronavirus, the suggestion they aren’t paying enough attention to the EU relationship hit a raw nerve. It also left some executives worried that Johnson’s government is gearing up to blame them if the end of the transition period on Dec. 31 brings chaos at the border.

One participant was more charitable to Johnson, saying he appeared to refer to public apathy rather than that of business. And a government official offered another interpretation, saying the premier was actually making the point that he’s glad people aren’t indifferent now.

Whatever Johnson meant, the fact executives saw it as an attack reflects the tension between the government and business at a critical time for both, with the economy facing a double whammy of Brexit changes and new lockdowns to control the pandemic.

British business and the Brexiteer prime minister have history. Johnson himself has often been at the centre of the storm. He fronted the referendum campaign to leave the EU in 2016, while businesses largely opposed it. He went on to make a name for himself as a leading skeptic when it came to claims by industry lobbyists of the damage that Brexit could do.

As foreign secretary in 2018, he reportedly said “f*** business” when concerns were raised over the impact of Brexit on corporate Britain. The premier’s team at his office, Number 10 Downing Street, now includes many of the masterminds behind the Vote Leave campaign, foremost among them his chief aide, Dominic Cummings, who also has shown antipathy to the corporate groups who opposed Brexit.

Earlier this month, government minister Theodore Agnew accused some businesses of taking a “head in the sand” approach toward the year-end deadline, saying it would be “their responsibility” if they suffered as a result.

“It would be deeply unhelpful if we ended up with a finger-pointing exercise where the U.K. government suggests that business has not played its part in the face of an enormous level of politically-induced uncertainty.” Adam Marshall, Director General, British Chambers of Commerce

After five years of arguments over whether the Leave or Remain side was right, the moment of truth is about to arrive. On January 1, 2021, the U.K. will wake up to life outside the EU’s single market and customs union, facing seismic changes to its legal and trading regimes.

If companies — and government officials — aren’t ready, there is potential for chaos at the border and catastrophic disruption to vital company supply chains. Tesla Inc. and the Kraft Heinz Co are among the firms struggling to find solutions while ministers have warned that traders could face 7,000-truck queues at the border in the worst case.

“The tsunami of paperwork that is going to face even a small business is beyond belief, in either scenario of deal or no deal,” said Institute of Directors Director-General Jonathan Geldart.

Talks on a new U.K.-EU trade agreement are dragging on and executives are weary of being repeatedly asked to prepare for a possible no-deal Brexit. The result is that businesses now are not ready. Just 17% of companies are “fully” prepared for Brexit, according to Anna Leach, deputy chief economist at the Confederation of British Industry, the country’s biggest business lobby.

Industry leaders are blaming the government for failing to give them the clarity they need to prepare. “You can be prepared for a change in the nature of the economic relationship, but if you don’t know what it is there’s only a limit to how prepared you can be,” said Leach.

The government said it has already published border plans to provide clarity to traders as well as plowing almost 800 million pounds into new technology, jobs and customs facilities.

“We are leaving the EU single market and customs union at the end of the year, regardless of whether or not we agree an FTA with the EU,” the government said in a statement. “This will bring a number guaranteed changes and opportunities for which we all need to prepare.”

Looming over all the upheaval is a now-familiar foe. The coronavirus pandemic has consumed the energy of businesses this year, taking priority over preparing for Brexit. Privately, business leaders say Johnson should have helped by extending the transition period.

“Even if the final destination was incredibly clear — which it isn’t — the need to fight a war on two fronts has been very, very difficult for business,” said MakeUK Policy Director Ben Fletcher.

Inside government, there is some sympathy, but also frustration. One official said companies need to just get on with it because they already know there’s a guaranteed set of changes coming, regardless of the nature of any EU trade deal.

On Tuesday’s conference call, it wasn’t just Johnson who annoyed the business leaders. At one point, Cabinet Office Minister Michael Gove — in charge of the preparations —  likened Brexit to moving house. That, too, went down badly with executives hoping for clarity, with so many issues still unresolved.

Desperate for answers, the Food and Drink Federation put 170 detailed questions to ministers on issues like product labeling and customs paperwork. It still has no clarity. The British Chambers of Commerce has its own list of 35 questions on what happens next. So far, the government has answered just nine.

“Each one is like an onion,” the BCC’s Adam Marshall said. “The more you peel, the more you cry.”

Sad times in the UK. Feel so sad and sorry for South Africans invested there and Australia. They would be much better off investing in South Africa!