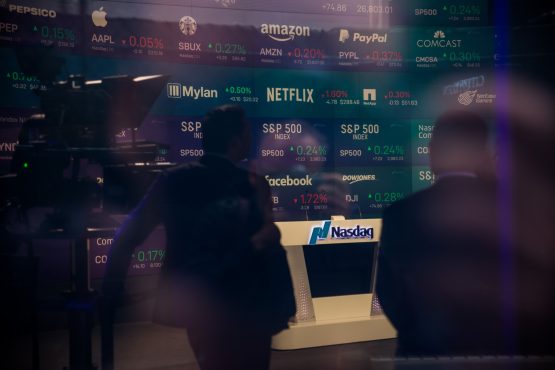 Megacap technology stocks were pummeled on Monday, adding to a recent slump that is evoking September 2020, when the Nasdaq 100 Stock Index tumbled nearly 13% over a three-week span.

Amazon.com led the declines in the group on Monday, falling as much as 4.6% before paring the drop and closing down 3.1%. Facebook sank as much as 4.1% before closing with a 2.5% loss, deeper than the 1.7% decline for the S&P 500 Index. The one-day slump for both tech giants was the worst in nearly two months.

The dip recalls the about face roughly a year ago in the stocks of the nation’s technology behemoths, which had surged more than 70% from the lows seen soon after the pandemic struck the US. That rout — which began with a more than 5% drop in the Nasdaq 100 on September 3 — turned out to be only a brief pause, with the tech-heavy index going on to hit new record highs through early this month. While the pain in US stock markets on Monday was broad based amid speculation over the fallout of China’s real-estate industry slowdown, it was particularly acute for the so-called megacap tech companies that have a disproportionate influence on the S&P 500 due to their market values.

To some like Ross Gerber, chief executive of Gerber Kawasaki Wealth & Investment Management, this selloff may be a good chance to buy the dip.

“I haven’t started yet, but I’m going to be buying soon,” he said in an interview. “There’s lots of opportunity out there in these kinds of selloffs.”

Up until this month’s peak, technology stocks had been on a winning streak this year, with the Nasdaq 100 posting a nearly 22% return.

Apple, the world’s largest publicly traded company, has since fallen more than 8%, erasing more than $220 billion in market value. Facebook has fallen nearly 7%.