Movie theaters set to rebound in 2021 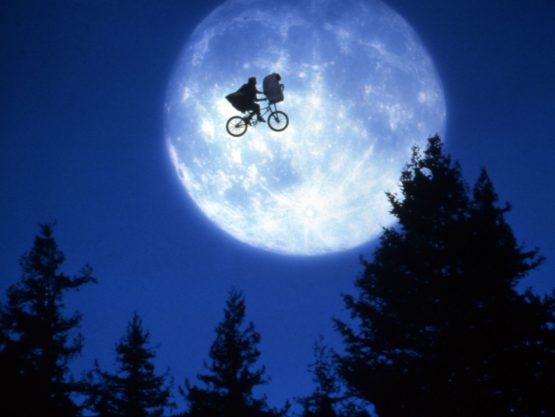 The US box office is slowly improving, with family films from Walt Disney Co. and Warner Bros. drawing audiences to reopened cinemas, but the industry won’t be back to its pre-pandemic self for years — if ever.

At the current pace of recovery, domestic ticket sales may reach $4.5 billion to $6 billion in 2021, according to Boxoffice Pro. That’s roughly triple the volume of last year, but far below the level of 2019. Adjusting for inflation, a $6 billion year would be less than the industry generated in 1982, when “E.T.” and “Raiders of the Lost Ark” ruled cinemas.

The good news for the industry is the largest moviegoing market in the US — Los Angeles — is reopening theaters as soon as next week. Despite the city being the heart of the entertainment industry, its cinemas have been dark for a year. 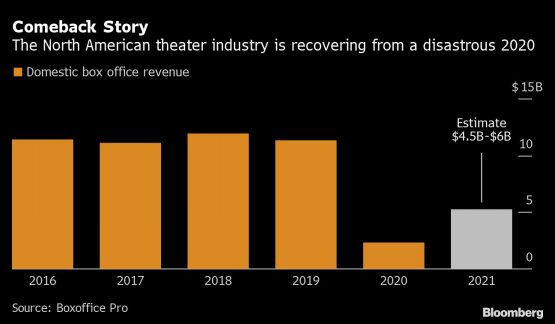 Theaters that have reopened must observe strict capacity limits and can only boost seating as Covid-19 conditions let up. Further, studios must stick with their release dates for big upcoming films, and not keep rescheduling, said Shawn Robbins, chief analyst at Boxoffice Pro. And, of course, audiences have to be willing to come back.

“Considering the upward trend of box-office figures — despite limited content in recent weeks — there’s plenty of reason for cautious optimism,” Robbins said. But “there are more scenarios to consider than in a typical year.”

No major new films were released this weekend. Disney’s “Raya and the Last Dragon,” a film about a young warrior girl, led North America box office ranking with $5.5 million sales over the weekend, less than the estimate of $6.7 million from Boxoffice Pro. The movie, which is being boycotted by several theater chains over payment terms, had a disappointing debut last week despite positive critical reception.

“Tom & Jerry,” a film from Warner Bros. that revisits the classic cartoon, took the No. 2 spot this weekend, generating a less-than-expected $4.1 million in domestic sales. Both movies are also available for streaming, likely cutting into some revenue that would normally go to theaters. Jason Kilar, chief executive officer of Warner Bros. parent WarnerMedia, said he expects the studio to continue releasing new films concurrently in cinemas and online, but still thinks that theaters will recover.

“I, more than anyone else, would like to see people elbow-to-elbow in movie theaters around the world,” Kilar said in an interview. “But I think it’s going to be a slow build versus an immediate turn-the-switch-back-on situation. I hope I’m proven wrong.”

Most major cities have now reopened cinemas, albeit at limited capacity. Some 49% of North American theaters are now open, according to industry researcher Comscore.

After New York City resumed theater operations last weekend, overall ticket sales in the US jumped. AMC Entertainment Holdings Inc., the largest movie chain in the world, said its attendance last weekend was 250% of what it was in the last three weeks of January, crediting the reopening of New York locations. One-third of all of AMC’s revenue comes from California and the tri-state area of New York, New Jersey and Connecticut, the chain said.

The only US market larger than New York, Los Angeles, will probably be fully reopened by the end of the month. In recent days, officials gave cinema operators the greenlight to resume operations between March 15 and March 17, though ticket sales must be limited to ensure customers can sit six feet apart. Facebook and Twitter were among the biggest decliners, with each at one point sinking more than 6% in postmarket trading.