‘Case recognition is vital, and we haven’t been equipped to actually recognize the disease,’ said Chloe Orkin.
By Madison Muller, Bloomberg 22 Jul 2022  07:42 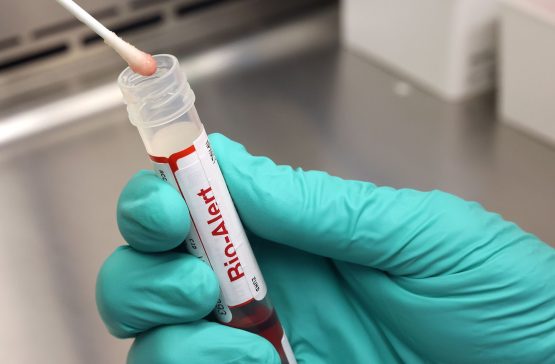 Monkeypox patients around the world are suffering from symptoms not normally linked to the virus, leading to missed and mistaken diagnoses, researchers said.

Doctors are reporting some patients with only single sores from the disease, sometimes in the mouth, anus or genitals, according to a study released Thursday by the New England Journal of Medicine. The cases don’t conform to the US Centers for Disease Control and Prevention’s definition of monkeypox.

“Case recognition is vital, and we haven’t been equipped to actually recognize the disease,” said Chloe Orkin, a clinical professor of HIV medicine at Queen Mary University in London and lead author of the study, said in an interview.

Monkeypox has infected more than 15,000 people in the global outbreak, about 2,300 of them in the US. Historically, the virus has primarily spread through contact with infected animals or through household contacts in areas of West and Central Africa where it’s considered endemic. Now, however, it’s spreading mainly via close contact among men having sex with men.

Some local health departments have already alerted health workers to the new symptom patterns. A July 18 advisory from New York City health officials describes “atypical features” in some cases, including a shortened incubation period of 2 to 5 days, lack of fever or swollen lymph nodes, and the presence of only a few, scattered lesions most prominent in the anus and genital area.

“These different presentations highlight that monkeypox infections could be missed or easily confused with common sexually transmitted infections such as syphilis or herpes,” said John Thornhill, a sexual health and HIV doctor and professor at Queen Mary University who also contributed to the study, said in a statement. “We therefore suggest broadening the current case definitions.”

The study looked at 528 cases across 16 countries, the largest case report to date. Almost all of them were men who have sex with men, or who identify as gay and bisexual men. One reassuring finding, Orkin said, is that though monkeypox has been known to cause more serious symptoms in immunocompromised people, including those with HIV, their study did not see evidence of increased disease severity among monkeypox patients with HIV.

After early assurances that the US was prepared to handle a monkeypox outbreak, the country has hit snags in vaccine distribution and public-health messaging. The Health and Human Services Department has said that demand for Bavarian Nordic A/S’s Jynneos vaccine is oustripping supply and jurisdictions such as New York City have had problems getting shots in arms. Siga Technologies Inc.’s Tpoxx, an antiviral used to fight monkeypox, has also been extremely difficult for clinicians to prescribe.

The monkeypox response has brought back memories of the 1980s, when HIV treatment was difficult to access and patients were left waiting for life-saving medications, said Mordechai Levovitz, clinical director of the Jewish Queer Youth nonprofit. Advocacy groups including the AIDS Coalition to Unleash Power are calling for more action on monkeypox by local lawmakers.

Republican Senator Richard Burr of North Carolina and Democratic Senator Patty Murray of Washington have criticized the administration’s response to monkeypox and touted their bipartisan Prevent Pandemics Act that would establish an office at the White House specifically aimed at outbreaks. On Wednesday, Bloomberg reported that the Biden administration is preparing to give new powers to an office within HHS to take a more prominent role in responding to health crises.