It’s not clear how much international support there would be for a boycott.
By Bloomberg News 8 Apr 2021  08:01 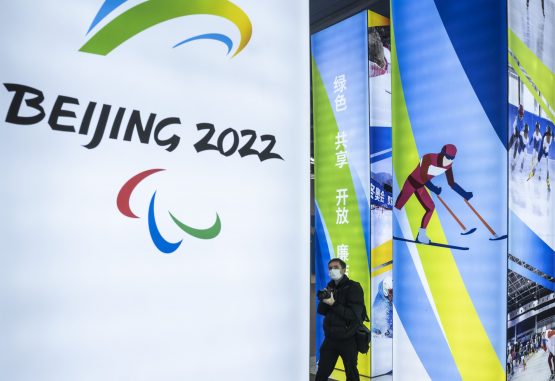 Over the past month, diplomats in Beijing have been talking more about the pros and cons of boycotting the 2022 Winter Olympics in Beijing — particularly as leading global brands came under attack for statements on human rights abuses in the far west region of Xinjiang.

While most doubted there would be an outright boycott, they noted that a lot can change before the opening ceremony 10 months from now. The diplomats, who asked not to be named, also raised the possibility that top dignitaries would stay away from Beijing even while athletes compete and sponsors take part.

Either way, the diplomats agreed on one thing: No country wants to be the first to call for a boycott.

This week the debate erupted on the global stage after State Department spokesman Ned Price on Tuesday said a boycott was “on the agenda” and “something that we certainly wish to discuss” with allies. White House spokeswoman Jen Psaki walked that back on Wednesday, saying “we have not discussed and are not discussing any joint boycott with allies and partners.”

Still, China immediately went on the offensive. Foreign Ministry spokesman Zhao Lijian said Wednesday that any US attempts to criticise China over alleged forced labour in Xinjiang were “doomed to be a flop” and would be met with “firm rejection and strong response” from the Chinese people. A boycott, he said, would harm the interests of athletes and “runs counter to the spirit of the Olympic charter.”

“The US Olympic Committee and the rest of the international community will not accept that,” Zhao told reporters in Beijing. “We have confidence that we will work with all parties to ensure a successful and extraordinary Olympic grand event.”

While the Beijing Olympics aren’t until next year, every government and foreign company that does business in China must now take a position on participation in the Games. As last month’s government-backed boycott of retailers like Hennes & Mauritz AB showed, the decision for companies will ultimately impact their ability to access China’s market of 1.4 billion people.

“There would likely be bans imposed on select imports of products from countries that signal a willingness to shun the games and boycotts of companies from those countries,” said Bonnie Glaser, a senior adviser for Asia at the Washington-based Center for Strategic and International Studies. “If the US is seen as leading the boycott, it is likely that U.S.-China relations would significantly deteriorate.”

“Our position on the 2022 Olympics has not changed, we have not discussed and are not discussing any joint boycott with allies and partners,” @PressSec Jen Psaki said when asked about the Beijing Winter Olympics

Chinese President Xi Jinping brought up the Olympics in a phone call on Wednesday with German Chancellor Angela Merkel, saying he hoped the Games could become a catalyst for more exchanges between the countries as he called on the European Union to “truly achieve strategic autonomy.” Chinese Foreign Minister Wang Yi also raised support for the Olympics in a call this week with his Japanese counterpart.

China’s reaction to the US comments on a boycott followed the same pattern as other criticism aimed at the Communist Party: Hit back hard via state-run media while deploying censorship among the masses. Authorities banned searches for “boycotting Winter Olympics” on Chinese social-media platform Weibo, while an editor of a leading newspaper said Washington shouldn’t dare threaten China with an Olympic boycott.

“If that happens, it will be a small group of white supremacist nations pitted against the Olympic family, a display of their self-isolation,” Hu Xijin, editor of the state-linked Global Times, wrote on Twitter.

Washington shouldn’t imagine threatening China by a possible boycott of the Winter Olympics in Beijing. If that happens, it will be a small group of white supremacist nations pitted against the Olympic family, a display of their self-isolation. https://t.co/CGSWrdRSWZ

Despite insistence from International Olympic Committee officials that sports and politics are separate, the Olympics have frequently been enmeshed in complicated developments in world affairs and controversies for decades, from the 1936 games in Nazi Germany to the 2008 games in Beijing. The US led a boycott of the 1980 Olympics in Moscow in response to the Soviet Union’s invasion of Afghanistan, while the Soviets boycotted the Los Angeles games four years later.

Still, it’s not clear how much international support there would be for a boycott. Previous boycotts during the Cold War had little lasting impact on political issues of the day and the International Olympic Committee has been largely focused on getting this year’s delayed Summer Olympics in Japan on track.

In 2008, US President George W. Bush attended the opening ceremony of the Olympics in Beijing despite calls to boycott, according to Zhou Qi, director of the Institute of Global Governance and Development at Tongji University in Shanghai.

“The US is likely to make a lot of noise over boycotting the Beijing Winter Olympics, as it will not give up an opportunity to tarnish China’s image, but the chances of an actual boycott are low,” she said.

But US-China tensions are much higher now than in 2008, and President Joe Biden has come under increasing pressure from some human rights groups and lawmakers to boycott the games over what his own administration has called the genocide of mostly Muslim ethnic Uyghurs. John Katko, a Republican congressman from New York, on Tuesday said Biden should push for the Games to be moved from China “to a country that embodies democracy and the spirit of the Olympic charter.”

US Senator Mitt Romney, who played a key role in salvaging Salt Lake City’s hosting of the 2002 Winter Olympics, has argued that the US should send its athletes to the Beijing games. But, he wrote in a New York Times column last month, American spectators and politicians should stay home. US corporations, he added, shouldn’t send delegations of executives and clients to the quadrennial event either, he added.

While past boycotts have occasionally helped reduce global support for countries such as South Africa under apartheid, China is a different story, according to Jules Boykoff, a professor at Pacific University in Oregon who has written several books about the politics of the Olympics.

“South Africa was in a much weaker geostrategic position than China finds itself in today,” he said. “China’s global stature and economic heft not only give the IOC pause, but also countries who might not be interested in being rebuked — if not steamrolled — by the burgeoning economic power.”

The Uyghur genocide is an ethnic cleansing program of human rights abuses perpetrated by the Chinese government against the Uyghur people and other ethnic and religious minorities in and around the Xinjiang Uyghur Autonomous Region (XUAR) of the People’s Republic of China.

Wait until the world wakes up to the fact that there are thousands of Uighurs in Syria (Idlib) which have taken over homes of displaced people. Look up TIP (Turkestan Islamic Party) who have been supported by Turkey to lead the ‘rebels’ in many jihadist offences in Syria around Idlib.

Do not be fooled, US never gave a damn about ‘human rights’ only when it suited them

SO TRUE …as early as 2018 the US branded Uighurs as terrorists.They were involved in terrorist acts in China itself and in Afghanistan against US troops.