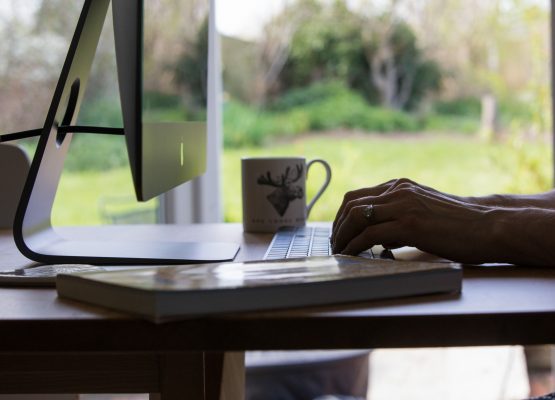 Disco, a Japanese maker of semiconductor equipment, has a novel approach to remote work — those who choose to stay home pay the colleagues who brave the commute to show up in the office.

The Tokyo-based company is unusual in that for the past decade it has used an internal currency called “Will” to create a micro-economy where sales teams pay factory workers to produce goods, who in turn pay engineers to design products. Even office desks, PCs and meeting rooms have a price. When a sale is made, the coin trickles back through the supply chain. Leftover balances are paid in yen at the end of each quarter as bonuses.

When the pandemic hit, Disco didn’t have the option of letting all its employees log in from home. Someone had to show up to keep the factories running. So the company set up a system where those working remotely paid a certain amount of Will to be divided among the employees who came in.

“Ordering some people to go in while others stay home is unfair,” Disco’s chief executive officer Kazuma Sekiya said in an interview. “The company currency offers behavioural incentives and the choice is up to you. That’s the power of Will.”

Sekiya, whose grandfather founded Disco in 1937, introduced the system in 2011 taking inspiration from video games. The company credits Will with reducing overtime and cutting down on unnecessary meetings. The approach has also had an impact on the bottom line. Disco reported record revenue and profit last fiscal year and boasts some of the highest margins in the industry. Its share price more than tripled in the past five years.

At the start of the pandemic, some 40% of its employees chose to show up in person, earning considerable bonuses, Sekiya said, without giving specific figures. But infections at the company stayed low, totalling in single digits in Japan. Now that almost 90% of its staff are back in the workplace, the payout has dwindled. Disco employs roughly 5 600 people.

The gradual rollout of vaccines globally has fuelled a debate over how to entice workers back to the office. Major corporations from JPMorgan Chase & Co. to Morgan Stanley and Uber Technologies Inc. have introduced policies to draw back employees with mixed results. Some workers are choosing to leave their jobs instead of braving the return to the office.

“We had to prove to employees that going to work isn’t scary,“ Sekiya said. “Although some felt that it was harsh and several people have quit.”

It would be interesting to know how and by whom the internal pricing is determined, how do they optimise for the company as a whole ?

A genuinely great idea that has a lot of further development potential, and deserves widespread recognition and adoption almost everywhere.

would not work in SA . i know of a company that introduced incentives and when some employees stopped getting them the co was taken to the Ccma because “ it was their right “ no wonder manufacturing here has almost disapppeared