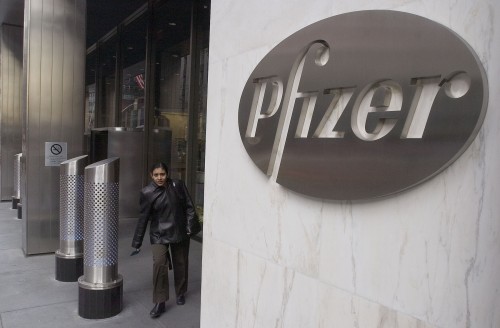 A single, 5,000% price hike on an anti-parasitic drug made by Turing Pharmaceuticals garnered national media attention. But it’s just one of hundreds of smaller price increases drug companies make in the US each year, a tactic the industry uses to generate more revenue from older medications.

Pfizer, the nation’s biggest drugmaker, has raised prices on 133 of its brand-name products in the US this year, according to research from UBS, more than three-quarters of which added up to hikes of 10% or more. It’s not alone. Rival Merck & Co. raised the price of 38 drugs, about a quarter of which resulted in increases of 10% or more. Pfizer sells more than 600 drugs globally while Merck has more than 200 worldwide, including almost 100 in the US

Drugmakers have long said these increases aren’t felt by most consumers because intermediaries like insurers negotiate what is ultimately paid — meaning what they really charge for their drugs is far below the list price. Pfizer and its rivals say they can’t make those negotiated prices public for competitive reasons.

Like its competitors, Pfizer has been raising prices on older drugs in its portfolio for years. The increases in the US have added $1.07 billion of quarterly revenue from mid-2012 to the middle of this year, helping limit the company’s total decline in quarterly revenue over that time period to $2 billion even as patents on blockbuster drugs expired, according to estimates from SSR, an investment research firm. In the case ofBristol-Myers Squibb Co., increasing the price of existing drugs in the US brought in $435 million of revenue over the past three years, leaving the contraction of the company’s global sales at $280 million, SSR estimates show.

Pfizer said it offers programs to help patients who can’t afford its drugs. The company said it advocates that the prices patients pay be “as low as possible.”

“There are a variety of factors that determine the timing and amount of a price change for a Pfizer product,” Pfizer spokesman MacKay Jimeson said. “In some cases a price change may be due to competitor pricing, an increase in global demand as a result of a competitor exiting the market, or shifting disease patterns in a particular country or region.”

Bristol-Myers spokesman Ken Dominski said the company can’t confirm SSR’s numbers and that its complete financial information, including the impact of prices on sales, is disclosed in regulatory filings.

Bristol-Myers takes into account a number of things when considering the prices of drugs, “including the value they deliver to patients and society, the scientific innovation they represent and the investment required to research new uses for these and other compounds in our pipeline,” Dominski said. The company increased prices on about six of its drugs this year, according to the UBS data.

“Some companies have made greater use of price increase than others, and those are typically companies that are trying to paper over financially an absence of innovation that they’ve not been able to generate internally,” said John Schroer, sector head of health care at Allianz Global Investors. Schroer’s firm has shares in Pfizer but he said its holding is underweight compared with benchmark indexes.

Pfizer has been busy developing new drugs, having gotten 15 new treatments approved by US regulators since 2010, Jimeson said.

The issue of drug price increases was thrust into the political spotlight last month after Turing raised the price of a decades old medicine to $750 a pill, from $13.50. Democratic presidential candidate Hillary Clinton weighed in, saying that she’d implement programs to force the industry to concede tens of billions of dollars a year in tax breaks, reduce prices and increase research spending. Turing’s CEO Martin Shkreli has since said the company would lower the price of its controversial drug but it has yet to do so.

Pfizer has raised list prices on some of its biggest drugs this year, including two 9.4% increases on Lyrica, the pain medicine that’s expected to be its second-biggest selling drug globally in 2015 with $4.8 billion in sales, according to a poll of Bloomberg analysts. That compares with $5.17 billion last year, when it was the company’s top-selling product.

Pfizer is one of the leaders among the largest US pharmaceutical companies in getting sales gains through price increases on its top products, even taking discounts into account, according to Morgan Stanley research. In a note Friday, analysts at Morgan Stanley said Pfizer’s net prices grew 11% a year on average from 2012 to 2014. List prices on drugs from large pharmaceutical companies grew 12% a year in that span, leading to an 8% annual increase in net prices, after discounts, the analysts said.

Pfizer’s Lyrica contributed $208 million in additional quarterly sales attributable solely to price hikes, over a three-year period in which the price rose by 51.7%, according to SSR’s estimates. Viagra contributed $166 million in extra quarterly sales from price hikes during a period in which its price rose 72.1%, SSR said. Those figures indicate that the insurers only paid a portion of the price increases.

SSR reached its estimates after removing contributions from products that immediately face loss of market exclusivity and after adjusting estimates for products that appear to have had large inventory swings in the wholesale market.

An added sales benefit from net price increases on older medicine could be enough to help a drugmaker make up for what it’s losing with best-selling products facing patent expirations in coming years — like Lyrica and Viagra, in Pfizer’s case.

Lyrica is projected to deliver close to $5 billion in sales a year until 2019, when analysts expect revenue from the drug to fall to $2.85 billion and decline from there. Viagra, which is expected to be a $1.68 billion drug this year according to a Bloomberg poll of analysts, is likely to be a $670.6 million drug in 2019.