Pfizer laid out a plan to turn its Covid-19 vaccine into a long-term business, clinching supply agreements that will yield $26 billion in sales this year while expanding the shot to children and developing new formulations that can combat variants and be stored more easily.

The drugmaker’s revenue forecast was an increase from $15 billion, reflecting the strong demand worldwide for a return to normalcy. Pfizer said it now expects to deliver 1.6 billion doses this year under contracts signed as of mid-April, with half the profits going to its partner in developing the shot, BioNTech SE.

The company will add $500 million to its research and development spending this year to invest in Covid-19 treatments and other vaccines using the cutting-edge messenger RNA technology. That investment comes as Chief Executive Officer Albert Bourla bets Covid-19 will become endemic, requiring people to get regular shots for years to come. 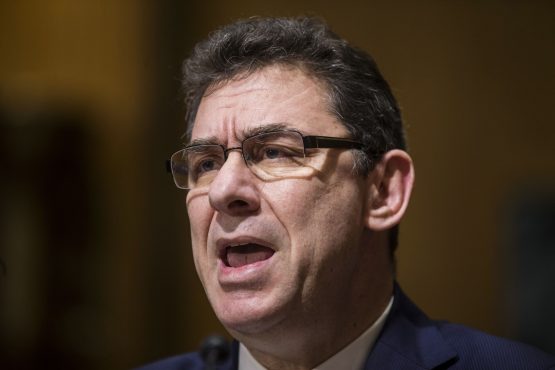 “Based on what we’ve seen, we believe that a durable demand for our Covid-19 vaccine -– similar to that of the flu vaccines –- is a likely outcome,” Bourla said in remarks prepared for a Tuesday analyst call.

In the first quarter, the Covid-19 vaccine known as BNT162b2 drew $3.5 billion in sales, based on deliveries to more than 50 countries, the New York-based company said in its earnings statement Tuesday.

”We are in discussions with a number of countries around the world for multi-year contracts for the potential supply of Covid-19 vaccine doses during 2022 and beyond,” Bourla said.

Meanwhile, the vaccine partners are studying their shot in children ages 6 months to 11 years old. Pfizer expects to seek an emergency-use authorisation for two cohorts (age 2 to 5, and 5 to 11) in September, and for those six months to 2 years in the fourth quarter. Clearance is expected imminently for those 12 to 15.

Bourla said Pfizer is testing a third dose of the existing formulation of its Covid shot to determine whether a booster provides protection against SARS-CoV-2 virus variants currently in circulation.

The company has begun evaluating an updated formulation that encodes the spike protein of the variant first identified in South Africa. “This study is designed to establish a regulatory pathway to update the current vaccine to address any future variant of potential concern in approximately 100 days,” Bourla said.

Pfizer expects immunogenicity data for both studies in early July. That month, or in early August, the company will also report safety data from an ongoing study of the vaccine in pregnant women.

The drug giant is also seeking to improve delivery. On Friday, Pfizer approached U.S. regulators with data that would support the vaccine being stored at standard refrigerator temperatures for as long as four weeks. It’s also working on a new formulation that could be stored in a refrigerator for 10 weeks, and as long as six months at -50° to -70° centigrade. Bourla said he expects data from this formulation in August.

Separately, Pfizer is testing two antiviral candidates — one drug given intravenously, one pill — to treat patients who have contracted Covid. The former will launch into late-stage studies in May, while the latter will kick start in July.

Altogether, Pfizer is boosting its full-year guidance for adjusted research and development expenses in a range of $9.8 billion to $10.3 billion “to incorporate anticipated spending on incremental Covid-19 related programs and other mRNA-based projects that are not part of the BioNTech collaboration,” Chief Financial Officer Frank D’Amelio said in prepared remarks.

Pfizer and BioNTech are splitting R&D costs related to their vaccine.

Bourla, speaking in an interview with Bloomberg, said the current profit and cost-sharing dynamic that exists between the company and BioNTech is “set in stone” moving into the future, even as it reconfigures its strategy for an endemic phase of Covid.

Pfizer and BioNTech will have the capacity to produce at least 3 billion doses in 2022. The companies have already made progress in securing vaccine contracts for next year and beyond.

Pfizer has signed a supply agreement with Israel to provide enough Covid shots to protect every eligible citizen in 2022, and with Canada to supply as many as 125 million doses in 2022 and 2023, with options of 60 million additional doses in 2024.

Chief Scientific Officer Mikael Dolsten said those who have been fully immunized will likely only need a single booster shot each year as immunity wanes. Pfizer will still deliver full two-dose regimens to places where the vaccine rollout has been slower going into the years ahead.

But some on Wall Street remain skeptical that the Pfizer-BioNTech partnership can maintain high demand for its vaccine well into the future.

“Sales are clearly exceeding expectations, and this trend likely continues into 2022,” said JPMorgan analyst Chris Schott in a note to investors. “However, these sales are unlikely to be sustainable anywhere near current levels longer term.”

Pfizer’s foray into messenger RNA, the new technology that’s been validated in the pandemic, goes well beyond its Covid vaccine, according to Bourla.

The company will move two mRNA flu shots into clinical trials come the third quarter, and will also explore using the technology to address other infectious diseases, cancers and genetic disease.

Asked whether Pfizer had considered acquiring BioNTech, Bourla said he speaks with the German company’s CEO and Chief Medical Officer “almost every day,” and that they would embark on new partnerships, but declined to comment on deal prospects.

Excluding the Covid vaccine, Pfizer’s core drug business showed significant growth, leading it to raise revenue guidance specific to that portfolio by $200 million for the year. The results were stronger than some rivals who saw sales suffer in the first quarter after a new surge in U.S. virus cases.

Overall, revenue in the quarter was $14.58 billion, stronger than the $13.62 billion that analysts had expected on average, according to data compiled by Bloomberg. First-quarter adjusted earnings per share were 93 cents, up 47% from 63 cents a year ago.

“It was a difficult quarter in general for the industry,” Bourla said in the interview. “Our ability to have such a phenomenal performance in the other business makes me even more proud.”

Money is the root of all evil. A great deal of it here. 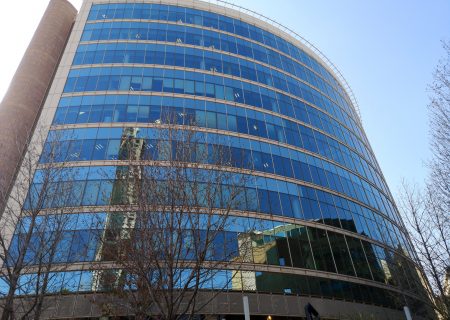 Roy Cokayne / 14 Jun 2021
Roelof Botha expects the economy to grow by at least 5% in 2021; Azar Jammine says the global environment is helping.
7