As richer nations rush to purchase supplies, while less affluent countries will have to wait until early 2023 for generic-drug companies to produce large quantities, an analysis shows.
By James Paton, Bloomberg 17 Dec 2021  07:11 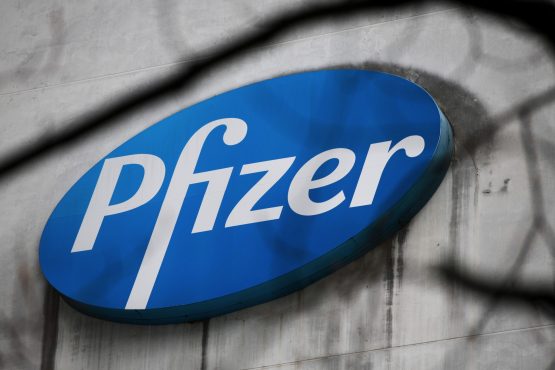 Pfizer Inc. is set to dominate a $20 billion market for Covid pills next year as richer nations rush to purchase supplies, while less affluent countries will have to wait until early 2023 for generic-drug companies to produce large quantities, an analysis shows.

Pfizer, already pulling in huge profits from its Covid vaccine, is expected to reap about $17 billion from sales of its experimental therapy, Paxlovid, in 2022, according to Airfinity Merck & Co.’s molnupiravir will see about $2.5 billion in revenue next year, the London-based data company said.

Demand for the medications is poised to outpace supply as Covid spreads around the globe and scientists question how well vaccines and antibody treatments will hold up against omicron and other variants that could arise. Rich countries’ purchases have fueled concerns that, after struggling to obtain vaccines, the less wealthy could be left behind once again, despite licensing agreements to widen availability of the drugs.

“The question of inequity in access to Covid drugs is definitely staring us in the face,” said John Amuasi, a global health and infectious disease specialist at the Kumasi Center for Collaborative Research in Tropical Medicine in Ghana. “There’s no reason to think that it will not be a problem. It’s clear it will be. The earlier noise is made about this, the better.”

Pfizer and Merck have each agreed to allow generic manufacturers to make inexpensive versions of their pills for low- and middle-income countries. The deals could mean supplies begin to reach those nations within months, Charles Gore, executive director of the United Nations-backed Medicines Patent Pool, said last month.

The drugmakers have pointed to a range of steps they’ve taken to broaden access to their treatments globally.

Merck expects its therapy to become available in high-, middle- and low-income countries almost simultaneously, it wrote in an email. The company said it reserved at least 3 million courses of its own supply for lower- and middle-income countries for the first half of 2022 and expects another 3 million generic courses will be produced through licensing accords in the same period.

“We hope that this will happen quickly, but it will be well into next year before the products will be available,” said Gelise McCullough, a representative for the Geneva-based patent pool. “We will try where we can to move as fast as possible.”

Worries persist about how long it will take supplies to reach many countries. Health advocates have called for further steps to broaden access, including increased testing in lower-income nations to detect cases in the first days of infection, when the drugs could be most effective.

Pfizer’s goal is to deliver its oral antiviral therapy to patients most in need as soon as possible and at an affordable price, subject to country regulatory authorisation, spokeswoman Sharon Castillo said in an email. Merck didn’t immediately respond to a request for comment.

Some generic-drug manufacturers indicated they could produce as many as 10 million courses of the Covid pills a month, but regulatory hurdles and other challenges need to be resolved, Trevor Mundel, president of the global-health division at the Bill & Melinda Gates Foundation, said in an interview in October. The pills from Pfizer and Merck are expected to displace costlier antibody cocktails from Regeneron Pharmaceuticals Inc. and Eli Lilly & Co. for early treatment of high-risk patients. The antibodies target specific features on the coronavirus’s spike protein that may change as mutants evolve, and Regeneron said Thursday that its drug loses potency against omicron.

Pfizer’s pill is likely to become a standard treatment for Covid patients at risk of developing severe disease. Studies showed it was highly effective at keeping patients out of the hospital but less adept at erasing milder symptoms often associated with breakthrough infections.

Paxlovid is set to extend a successful Covid run for Pfizer, whose shares have surged about 65% this year. The US drugmaker’s vaccine, developed with partner BioNTech SE, is the best-selling pharmaceutical product of all time in a given year and expected to bring in more than $36 billion in sales in 2021 and at least another $29 billion in 2022.

During the pandemic, Pfizer has said it plans to use tiered pricing so that richer countries will pay more than poorer nations. The company also said it would invest as much as $1 billion to support manufacturing and distribution.

Merck shares slumped last month after data showed its pill — developed with Ridgeback Biotherapeutics LP — was less effective than previously reported and US regulators raised concerns about safety and long-term effectiveness. The staff also cited a risk of resistance to the drug, which occurs when viruses and bacteria evolve to blunt or defeat a drug’s mechanism of attack.

The US is projected to be the biggest buyer of the two pills, accounting for more than half of the revenue in 2022, while European countries and the UK will likely spend almost $5 billion, Airfinity estimates. Sales generated in more than 50 other nations are forecast to be $3.7 billion, which excludes more than 100 countries covered in the patent pool agreements.

In the face of the omicron variant, some countries are moving swiftly. The UK, the first country in the world to approve Merck’s pill, is starting to provide supplies to its population through a national study in about 10 000 people.

High-income countries have purchased more of the pills than they will likely need amid risks posed by variants and questions about the effectiveness of vaccines, according to Airfinity.

Pfizer has said lab tests indicate that Paxlovid will retain activity against omicron. The medication targets an internal protein, called a protease, that’s thought to remain little changed as the virus evolved. Vaccines target the spike protein, which is highly mutated in omicron and could undergo further change in future variants.

“Antiviral pills will be easier to produce and distribute, and face less hesitancy than vaccines,” said Arsalan Azad, an Airfinity analyst. “It is likely we will see another race to secure limited supply in 2022.”