The maker of Marlboros on Wednesday agreed to buy Swedish Match AB, a maker of nicotine pouches, for $16 billion.
By Deirdre Hipwell and Corinne Gretler, Bloomberg 11 May 2022  13:23 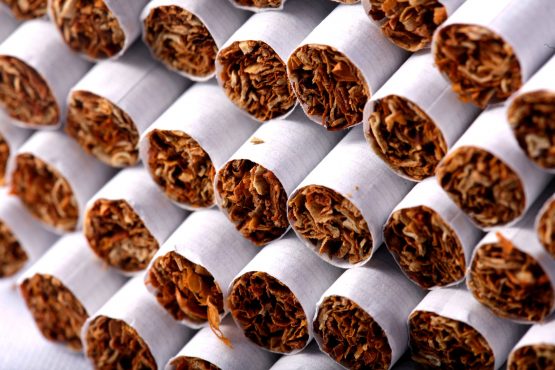 Fourteen years after splitting off its US business, Philip Morris International Inc. is pushing back into that key market in a big way — this time, with cigarette alternatives.

The maker of Marlboros on Wednesday agreed to buy Swedish Match AB, a maker of nicotine pouches, for $16 billion. The move intensifies Big Tobacco’s race for leadership in smokeless products and thrusts Philip Morris into competition with Altria Group Inc., its former US operation.

The deal gives Philip Morris a vast distribution network in the US, the world’s largets market for smoking alternatives, that paves the way for the rollout of other products such as vaping devices. It’s the company’s biggest step as it exits Russia following the war in Ukraine, and pivots toward smoke-free products.

The tobacco industry has been shifting to potentially less harmful alternatives to cigarettes, and has been looking into products that aren’t even linked to nicotine, as smoking rates across the developed world drop and regulations become stricter. Competition escalated as more similar products hit shelves in heated tobacco, vaping and oral nicotine pouches, leading to an increasing number of patent disputes.

Swedish Match is a leading maker of snus — a smokeless tobacco product that users place between their upper lip and gum popular in Sweden but banned across much of the rest of Europe. The company also makes nicotine pouches called ZYN.

The deal raises questions about Philip Morris’s future relationship with Altria, which has a range of oral nicotine products.

Philip Morris was split off from Altria in 2008 amid shareholder demands for better returns. The move freed up the faster-growing international operations while the US business grappled with smoker lawsuits.

The separation resulted in a complex non-compete arrangement between the two companies. For example, Altria sells Marlboro cigarettes in the US, while Philip Morris only does so outside the US Altria was the distributor of Philip Morris’s IQOS products in the US before an import ban took effect late last year.

“This deal would almost certainly suggest Philip Morris would want to get out of the IQOS agreement with Altria and go it alone,” Jefferies analyst Owen Bennett wrote in a note to clients earlier this week.

Philip Morris developed the IQOS heated-tobacco system and last year agreed to take over Vectura Group, a developer of asthma drugs. It also acquired Fertin Pharma, which produces a smoking-cessation aid, and OtiTopic, a respiratory drug developer with an inhalable aspirin treatment for heart attacks in late-stage trials.

With new products and a string of acquisitions, the company last year generated almost 30% of its net revenues from smoke-free products — up from zero in 2015.

Philip Morris offered 106 kronor a share ($10.56) for the smaller business — a premium of nearly 40% to Swedish Match’s closing price on Monday — ranks as one of the largest transatlantic deals. The board of directors at the Stockholm-based company said shareholders should accept the offer.

In March, Swedish Match decided to suspend a planned spinoff of its US cigar business amid heightened regulatory risk.

Philip Morris expects the transaction will result in a combined company with three times net debt to adjusted earnings. It plans to deleverage over the coming years and has suspended its current three-year share repurchase program which began last July.

The company said it plans no material changes to Swedish Match’s operational sites, its management and employees as the business is complementary to its own.