Red meat and processed meat is a cancer hazard – WHO 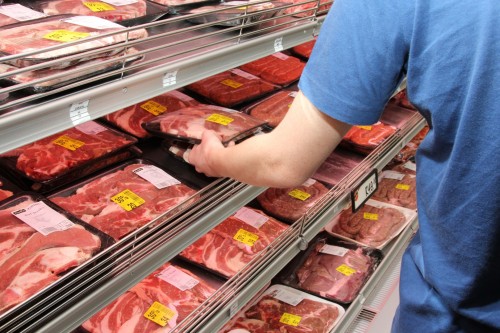 Eating processed meats causes cancer, and red meat probably increases cancer risks. That’s the judgment of a panel of global experts assembled by the World Health Organization to consider the accumulated scientific evidence on the question. Eating an extra 50 grams daily of processed meat increases the risk of colorectal cancer by 18 percent, the WHO said today. While the overall risk is small, it “increases with the amount of meat consumed,” the organization said. But what does it mean to say processed meat causes cancer?

We’ve all grown wary of headlines that proclaim wine or chocolate to be bad for you one week and good for you the next. The World Health Organization’s announcement is the opposite of that. Independent scientists from academia and government considered the research on red meat for six months before meeting for a week in Lyon, France, to render a decision. The panel included researchers from four continents who were vetted for potential conflicts of interest. They gathered and evaluated evidence from years of epidemiological studies, animal experiments, and other sources.

The red meat study is just the latest of many that WHO has conducted since the 1970s, when it set out to identify and catalogue suspected carcinogens. The organization’s International Agency for Research on Cancer has evaluated 984 agents, from chemicals to careers, that can be linked to cancer.

They fall into one of five classifications, according to the strength of the evidence: agents or activities that definitely, probably, or possibly cause cancer in humans; those that probably don’t cause cancer; and those for which the evidence is inconclusive.

It’s important to note that the agents at the top aren’t necessarily the most dangerous. They’re the ones with the clearest evidence of hazard. WHO seeks to identify carcinogens “even when risks are very low at the current exposure levels, because new uses or unforeseen exposures could engender risks that are significantly higher,” the agency says. In other words, even though WHO has determined that red meat is a carcinogen, the report doesn’t quantify how much meat it would take to cross into the danger zone.

Since the studies began four decades ago, WHO has labeled only one compound as probably not carcinogenic, a chemical called Caprolactam used in synthetic fibers. That’s partly because WHO only evaluates agents and activities for which there is already some evidence of cancer risk.

The list of possible carcinogens WHO has identified thus far is filled with strange-sounding chemicals. But it includes familiar foods and products that millions of people encounter every day.

No one will be surprised to find tobacco on the list. Alcohol, too, has been deemed a carcinogen. When coffee was evaluated in 1991, scientists found limited evidence that it may cause bladder cancer.

Just breathing exposes us to cancer hazards in engine exhaust, particulate matter, and other air pollution. Burning wood and other biomass fuels indoors is labeled a likely carcinogen.

WHO reports on sunlight and tanning beds helped to raise public awareness about the dangers of ultraviolet radiation.

Some occupations may be linked to cancer, too, either through exposure to carcinogenic substances or because of the way the body reacts to certain behaviors. Working nights, which interferes with the body’s natural circadian rhythm, was designated a probable carcinogen in 2010.

The World Health Organization’s cancer label carries weight. In March, the agency identified the most widely used herbicide in the world, glyphosate, as a probable carcinogen. Monsanto, the maker of the glyphosate-based weed killer Roundup, pushed back against the designation, but France banned retail sales of the herbicides in June. After a coconut-oil derivative called cocomide DEA was judged a possible carcinogen in 2013, environmental groups pressured manufacturers including Colgate-Palmolive to remove it from shampoo and personal-care products.

The meat industry has been bracing for the WHO report for months, and it’s attempted to counter research linking meat to cancer for years.

WHO doesn’t consider its reports to be the last word. As scientific evidence accumulates, agents can be reclassified to reflect more certainty about whether or not they can cause cancer. Sixty-one have jumped up the risk scale after new evidence pointed to greater hazard. Only seven have been downgraded, all to the “Not classifiable” category.

Next year the WHO is likely to make headlines again. In addition to evaluating several industrial chemicals, it is revisiting two beverages that, like meat, are dietary staples for millions: Hot mate, a traditional caffeinated drink popular in Latin America, and—brace yourself—coffee.

The heading reads: “Read [sic] meat and processed meat is a cancer hazard – WHO”

Years ago butter was THE big killer, the main cause of cholesterol. Then it was found that the ingredient in the new artificial margarines that kept it soft was really the culprit.
As the authors have said next it will be coffee or honey or everything we eat. Just like the housewife believes she is buying lean Karroo chops she is just buying nice fat karroo chops with the fat removed, the best part as it is grass fed fat but she does not want to see it. If it was really lean you would not be able to eat it. Same as organic, just a marketing term, makes you feel better. When that steak or chop gets the polystyrene punnet and glad wrap treatment organic goes out the window.

Cabbage is also a danger if you eat too much. It contains arsenic, which is good for the skin. Eat lots and you will look quite well when they stick you 6 feet under.

How does this impact life insurance? Can life insurance companies now refuse to payout someone who gets cancer if it finds out that person ate processed or red meat?
Effectively if you do eat these foods and given that they now are classified as carcinogens, you then are directly responsible for your own cancer. Thus any lifestyle of life insurance policy is now null and void since the policy holder deliberately and knowingly consumed carcinogenic agents!

You eat red meat after 31st October 2015, your life insurance premiums will increase by 2500 basis points… in insurance language you pay a quarter more.

Disclosure is only required at the proposal stage for life insurance. Rather like piloting an aircraft – provided you had no intention of flying when you took out the policy, your premium cannot increase nor can the company refuse a claim if you later decide to take up flying. But I doubt whether these new “discoveries” will have a huge impact on premiums for new policies – the fuss will die down until someone decides that tea is carcinogenic! I’ll be having my Wimpy breakfast as usual on Saturday.

Of course the meat industry will contradict this WHO report. It’s in their interests to do so. I know of someone who loved eating meat – an excessive amount of it – and got colon cancer as a result. It’s a horrible disease, requiring a bag in the place of the colon, and intense (painful) cancer therapy thereafter. I’m no expert, but learnt from this experience by cutting down sharply on eating meat and having a much more balanced diet. Also plenty of exercise.

That is it as you said an excessive amount of it. Everything in moderation and that covers a multitude of sins, alcohol, religion, sport all in moderation.