Russia is in topsy-turvy world where Belarus tops German exports

Belarus, in April leapfrogged Germany — an economy more than 60 times bigger — by the value of imports to Russia.
By Bloomberg News 8 Jun 2022  07:48 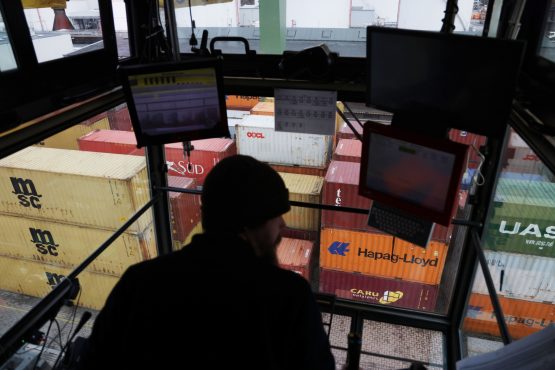 Russian efforts to rewire trade flows and bypass sanctions for the war in Ukraine can’t make up for the collapse in imports that’s crippling its economy.

One stark result so far: For the first time, Belarus, a neighbouring country that Russia used to help stage the invasion, in April leapfrogged Germany — an economy more than 60 times bigger — by the value of imports to Russia, according to a Bloomberg analysis of the latest data. 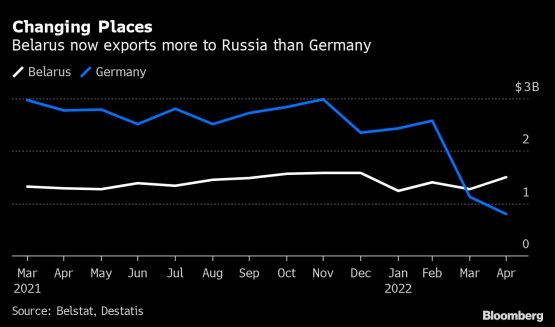 Russia has made it harder to get an accurate read on its economy because it stopped publishing some key statistics including a detailed breakdown of imports and exports. But a picture that emerges from figures made available by Russia’s biggest counterparts is of a commercial pecking order turned upside down.

Sales to Russia from trading partners that together accounted for nearly half its imports in 2021 were down about 40% in April from a year earlier, Bloomberg calculations show. Even those, like China, which haven’t joined the US and its allies in imposing sanctions, are cutting shipments of merchandise. The invasion in late February was a moment of whiplash for an economy so woven into global commerce after three decades that its imports as a share of gross domestic product in the years before the war were notably higher than in such emerging markets as Brazil, India and China.

But since a global backlash against the war severed supply chains and prompted numerous multinationals to pull out, Russians have had to make do or learn how to navigate a new obstacle course — sourcing ingredients from alternative foreign suppliers, scouring the world for new routes or finding other loopholes to haul in the wares. Otkritie Research estimates the value of imports in April may have plunged to as low as $5 billion, down from nearly $27 billion a year earlier.

What Our Economics Says…

“The collapse in imports is padding the current account but reflects a painful adjustment that will take time to pass through the economy. Until supply chains are reconfigured, producers will face bottlenecks and living standards are likely to deteriorate further.”

As trade with much of Europe dried up, Belarus is emerging as one of the main beneficiaries. Its exports to Russia of items ranging from construction materials to pet food surged by more than 100% in April when measured by value.

Boris, who owns a large supermarket chain and factories across Russia, said processing payments was initially an even bigger challenge than the delivery of shipments.

Enough workaround solutions are now available to ensure more shipments trickle through and imports start to recover, said Boris, asking to be identified only by first name to speak candidly about his business.

But another major threat looms ahead as the European Union’s fifth package of sanctions goes into effect in full next month. Boris, whose company relies on imports for about half the goods it sells, expects 5% of its products to vanish from store shelves.

“We’ve dropped a few steps but that doesn’t mean we’re at the landing yet,” he said. “The staircase down will be a long one.”

The collapse in imports has been one of the forces warping Russia’s wartime economy and driving it toward what its central bank called “reverse industrialisation.”

Car factories employing tens of thousands ground to a halt for lack of components and simple paper became scarce because manufacturers didn’t have enough whitening agent. The Bank of Russia even expects some imports to shift to the “shuttle trade” seen in the 1990s, when people en masse traveled abroad to bring back goods to sell on open markets. In the search for new ways to deliver consumer goods from abroad, Fesco, a major Russian cargo carrier, has launched a new maritime line between Vietnamese ports and its Vladivostok terminal on the Pacific coast. Its other new initiatives in April included the start of a container service between Istanbul and Novorossiysk on the Black Sea and rail shipments to western Europe.

Yet even in the government’s telling, the outlook is bleak. Under the main official forecast, goods imports are set to decline by more than a quarter in real terms in 2022.

Besides cheap credit and subsidies for struggling industries, the government has also responded by canceling customs duties on numerous products and legalizing gray market sales, also known as parallel imports.

Countries such as Turkey may increasingly become conduits for imports, according to Andrej Golubchik, professor at the Russian Foreign Trade Academy. Shipments have restarted to India and the Persian Gulf by way of Iran, he said.

“Over the past two and a half months, market participants have come out of their stupor,” Golubchik said. “The first shock has almost passed.”