Russia is being pushed closer to default by sanctions and restrictions imposed as punishment for its invasion of Ukraine.
By Kira Zavyalova and Lilian Karunungan, Bloomberg 30 May 2022  07:06 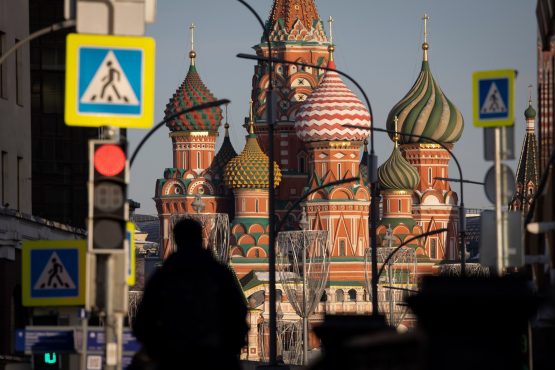 Russia is constructing a way to pay its Eurobond debt that would sidestep the western financial infrastructure, now mostly off-limits because of the Ukraine war, Finance Minister Anton Siluanov was cited as saying in an interview with Vedomosti.

Foreign investors can open accounts in Russian banks in roubles and hard currency to receive payment, Siluanov told the Russian outlet. In short, it’s a reverse-image of the way European nations now pay for Russian gas while avoiding obstacles imposed by sanctions.

“This is how it works for gas payments: we get foreign currency, then it is converted to roubles” on behalf of the gas buyer, he said. “The Eurobond settlement mechanism will operate in the same way, but in the opposite direction.”

Russia will prepare the system, allowing it to settle with Eurobond investors without a license from the US Office of Foreign Assets Control before next coupon payments on dollar bonds due June 23-24, Siluanov told Russia-24 television on Friday.

Russia will make payments on Eurobonds in roubles, which can be converted into another currency, he said. Eurobonds denominated in euros will be paid in euros, because the European Union hasn’t adopted restrictions on payments in euros, he said.

Russia is being pushed closer to default by sanctions and restrictions imposed as punishment for its invasion of Ukraine. US banks and individuals have been barred from accepting bond payments from Russia’s government since last Wednesday.

“This mechanism seems to work on paper but these are all technicality issues,” said Carl Wong, head of fixed income at Avenue Asset Management in Hong Kong. “The ultimate issue is when Russia stops this war and if it doesn’t, how long it could avoid a collapse in the financial system.”

Russia’s 2047 dollar bond was indicated last Friday at 17.3 cents on the dollar, down from the 84.8 cents before the February 24 invasion of Ukraine, data compiled by Bloomberg show.

The nation is back in default countdown as coupon payments in euros and dollars worth about $100 million hadn’t landed in investors accounts as of Friday evening, effectively triggering a 30-day grace period.

With ruble artificially low (locals cannot buy hard currencies), and that bond at 17 pennies on the dollar, the bond is going to attract a lot of profiteering. This war will be long forgotten long before the capital is due. A lot like the Old Mutual bonds in 2007 trading at 33 and yielding 8 on that.

I wonder whether foreigners can buy the bond?

These long dated Russian sovereign USD bonds are not for normal people! The bid/ask spread is bone rattling now and even before Ukraine liquidity was scarce due to quantities. Basically a play for pension funds only – big ones that can disclose. You are not going to pick up 1000 units at a cheeky price but it would not hurt to leave an open bid I suppose.