Sexual harassment in workplace is seen differently by men, women

More than one in ten women said comments on appearance are harassment, versus less than that for men.
By Alex Tanzi and Katia Dmitrieva, Bloomberg 9 Dec 2018  00:14 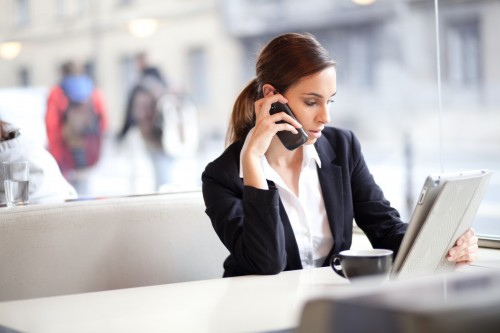 Age and politics also factor into the understanding of sexual harassment. Picture: Shutterstock

Is it sexual harassment? The answer will depend on whether you’re a man or a woman, as well as your age, according to a recent wide-ranging US survey that included questions on unwanted sexual advances in the workplace.

The responses, part of the American Family Survey that also included issues of marriage, children and public policy, showed that younger people and men were less likely than older Americans and women to view something as harassment.

The polarity in the responses comes amid the #MeToo movement that’s sparked discussion and reflection within corporations about how women are treated in the workplace.

One of the biggest gaps was in experience: 28% of men said they’ve had an inappropriate experience, compared to almost six in 10 women, with women more likely to say the incidents occurred in the workplace, the report said.

More than a quarter of women said they’ve been sexually harassed by someone in a position of authority at school or work, compared with 12% of men. The reported instances of harassment were higher among Democrats and those with at least a college degree across both genders, although the publishers didn’t suggest an explanation for that.

On the job, there’s a stark difference in perceptions: a colleague looking at another colleague’s private parts or asking for sexual favours isn’t always harassment, according to a majority of men, while two-thirds of women say it is. Almost a third of women think sexual jokes are considered harassment, while just 17% of men do. It also showed up in certain activities: about one in 20 women “always” perceive asking a colleague for lunch as harassment, compared with about one in 30 men. More than one in ten women said comments on appearance are harassment, versus less than that for men.

The one type of behaviour that a majority of men termed sexual harassment was “persisting in unwanted attention.”

Half of the survey respondents were asked to answer the following question: “Would you consider it sexual harassment if a man who was not a romantic partner did the following to a woman at work?” The other half were provided exactly the reverse question, about a woman taking the action with respect to a man.

Age plays a role as well: two-thirds of those ages 65 and up think that asking for a sexual favour always counts as sexual harassment, but the number fell to only about half for young adults ages 18 to 29. The pollsters also said politics factored into the equation, finding that supporters of President Donald Trump were “somewhat less likely to favour verbal consent” — though both sides of the aisle “overwhelmingly favour consent of some kind” for sex and intimate touching. About six in 10 Trump supporters said consent must be verbal for sex, while it’s closer to seven in 10 for non-Trump supporters, for example. The survey on the family in America was conducted in July by YouGovfor the Salt Lake City newspaper Deseret News and the Center for the Study of Elections and Democracy at Brigham Young University in Provo, Utah. A sample of 3 000 adult respondents whose characteristics mirror those of the general population was used. The overall margin of error for the survey is plus or minus 1.9 percentage points.

Commenting on appearance and asking to go for lunch is harrassment?

Clearly there are some unwell people.

You can’t tell someone they look nice?

You can’t ask someone if they want to go for lunch?

I ask people if they want to go for lunch all the time. I have a group of 3 or 4 regulars who go with me.

It is harassment according to 5% of respondents, so the vast majority agree with you that it is ridiculous to view as harassment.

I am more amazed how 30% of women and 50%(!!!) of men don’t view asking for sexual favours as sexual harassment.

I think this is what distorts our society – let’s all agree that sexual harassment is real, and most probably men are more guilty of it. But let’s not trivialise it by shouting #metoo each time a colleague is just being nice.

This is hilarious. I’m done.

it is only harassment if the attention is unwanted.

Indeed, if a good looking/rich/tall guy tells a woman she is well dressed its not harassment, but if the guy is poor/short/ugly it is definitely harassment.

Lunch invitation? wow. So pretty soon when guys cut out women from lunch invitations and just male colleagues go for lunch together, the articles will be about women being sidelined at work. Can’t win.

Asking someone out for lunch is considered harrasment now? Sheesh

On the other hand, I find this hard to believe:

“a colleague looking at another colleague’s private parts or asking for sexual favours isn’t always harassment, according to a majority of men”

Guys who complain of sexual harassment? Sounds like another joke. Can’t be serious. Its as simple as saying:”Thank you, but f*^k off”.