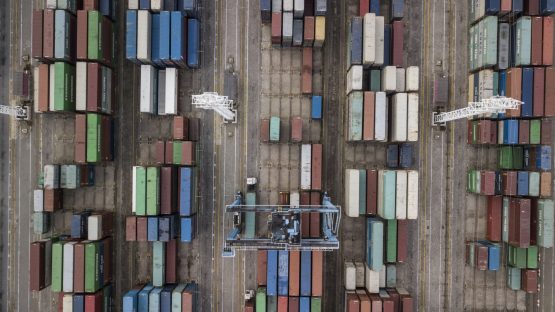 Ships have resumed berthing operations at a halted container terminal in Ningbo, China, adding to optimism that full activity at one of the world’s busiest ports will be restored shortly after a two-week shutdown to quarantine dockworkers. At least five container ships have left the Meishan terminal at Ningbo in the past few days after berthing there, according to shipping data compiled by Bloomberg. While container collection services were still halted on Tuesday, some ships have been allowed to berth at the terminal, an official from the Ningbo-Zhoushan port said.

The movement of ships is sparking optimism among shippers that operations will resume soon after no new cases of Covid-19 were discovered, according to local media reports.

Ningbo’s airport will also restore flights between the city and Beijing on Wednesday, authorities said in a web post. Direct flights to the Chinese capital were canceled from August 11, the same day the shipping terminal was shut. 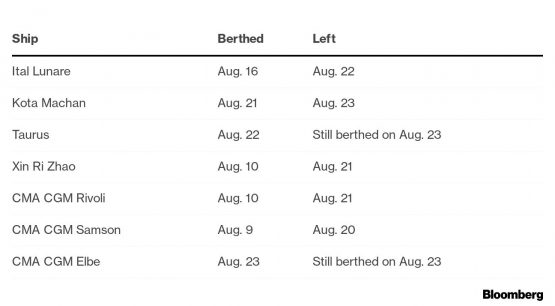 The Meishan terminal has resumed partial vessel operations since August 18 and is expected to have a gradual return to full operations in the coming weeks, shipping line CMA CGM SA said in an advisory to customers.

Two of the company’s ships — the Rivoli and the Samson — were completing cargo operations and would depart the terminal “very soon,” the French company said on August 20. The ships have since left Ningbo, while a separate vessel named the Taurus traveled to Meishan on Sunday and is currently docked there, Bloomberg data showed.

CMA’s Elbe arrived at the terminal on Monday after waiting at anchorage for a week.

“Recently, ports are becoming more congested in China, as the government has urged tighter control on all operation procedures due to a few new Covid-19 cases here and there, said Du Yu, a general manager at shipping consultant Drewry in Shanghai. “But the impact from Meishan will be less than what happened in Yantian previously.”

The Meishan terminal, which accounts for about a quarter of the Ningbo port’s container throughput, was shut on August 11 after a worker became infected with the delta variant of Covid-19. The partial closure of the world’s third-busiest container port worsened congestion at other major Chinese gateways such as Shanghai, Xiamen and Hong Hong, as ships diverted away amid uncertainty over how long virus control measures in the city will last.