Australia still gets most of its power from coal but that share is falling.
By Rob Verdonck, Bloomberg 28 Nov 2021  00:59 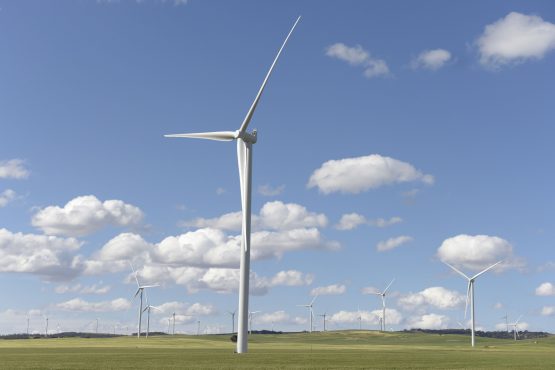 Australia will finally be able to tap the wind potential off its 16 000-mile coastline.

The Offshore Electricity Infrastructure Bill 2021, which establishes a regulatory framework for the industry in commonwealth waters, passed its final stage on Thursday. Offshore wind will add another weapon in Australia’s renewables arsenal, which includes the world’s highest uptake of rooftop solar and ambitious projects to export green power to markets in Asia. 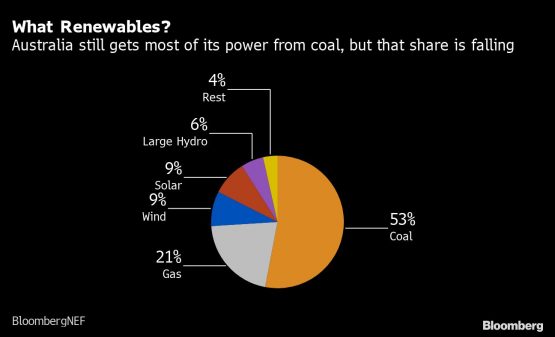 The move was welcomed by the developer of the nation’s first offshore wind project, the multibillion-dollar Star of the South.

“This bill is a major milestone in kick-starting a new industry, realizing Australia’s offshore wind potential and unlocking jobs and economic benefits,” Casper Frost Thorhauge, chief executive officer of Star of the South, said in a statement. The project plans to start building 2.2 gigawatts of offshore wind as early as 2025.

The new regulations are a boost for renewables in Australia, which has been criticized for its ongoing support of the fossil-fuel industry and lackluster climate ambition. The nation’s status as a renewables leader has been driven by the efforts of households, with almost one in three installing panels to form a huge network containing almost 10% of the world’s residential solar capacity.

Offshore wind can have advantages compared with onshore alternatives or solar, and can be more reliable generating power when it is most needed, said Leonard Quong, an analyst at BloombergNEF in Sydney. However, it remains to be seen whether offshore will be able to compete without government support in Australia, he added.

“Offshore wind’s biggest advantage is arguably that it’s not built on land, a far less relevant argument in a vast country like Australia,” he said. “Australia also has enough proposed wind and solar projects to power almost all of its demands.”