‘It is confirmed that Mr Rajapaksa has been allowed entry into Singapore on a private visit,’ Singapore’s Ministry of Foreign Affairs said in a statement.
By Philip J. Heijmans and Low De Wei, Bloomberg 14 Jul 2022  14:57 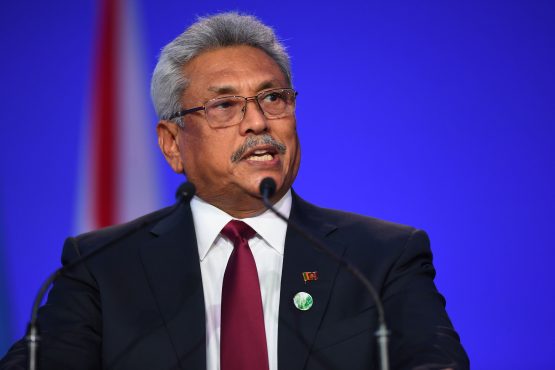 Sri Lankan President Gotabaya Rajapaksa arrived in Singapore Thursday after fleeing months of anti-government protests that forced him to pledge to resign.

Rajapaksa flew to Singapore’s Changi Airport from the Maldives, where he had made a brief stop after leaving Sri Lanka Wednesday aboard a military aircraft. The island nation’s Security Council agreed to his request for safe passage out.

“It is confirmed that Mr Rajapaksa has been allowed entry into Singapore on a private visit,” Singapore’s Ministry of Foreign Affairs said in a statement. “He has not asked for asylum and neither has he been granted any asylum. Singapore generally does not grant requests for asylum.”

The now in-exile leader has yet to formally resign his post, something he had vowed to do by Wednesday.

Anger against the powerful Rajapaksas — with Gotabaya the remaining family member left in government — has been mounting for months as Sri Lanka battles Asia’s highest inflation rate and shortages of everything from food to fuel.

Rajapaksa’s ally Prime Minister Ranil Wickremesinghe, who was hastily appointed as acting President, moved to impose a state of emergency as protests continue. Heavily armed security forces fanned out around the capital, Colombo, in a show of force.

There are still protesters on the streets. On Wednesday they briefly took over the national broadcaster and re-entered the offices of the president and prime minister.

The developments are stirring uncertainty about Sri Lanka’s discussions with the International Monetary Fund about a loan program to help shore up reserves and pay for badly needed imports of food and fuel.

Rajapaksa’s unlikely to witness any protests or public anger from Sri Lankan’s in diaspora in Singapore. Soon after he landed local police put out a statement asking “the public, Singaporeans, residents, work pass holders and social visitors alike, abide by our local laws. Action will be taken against anyone participating in a public assembly that is illegal.”