After a nearly month-long journey that took it more than 7 000 miles, the Pacific moored Thursday at the port of Marmaris in the country’s south.
By K. Oanh Ha, Bloomberg 3 Jun 2022  08:13 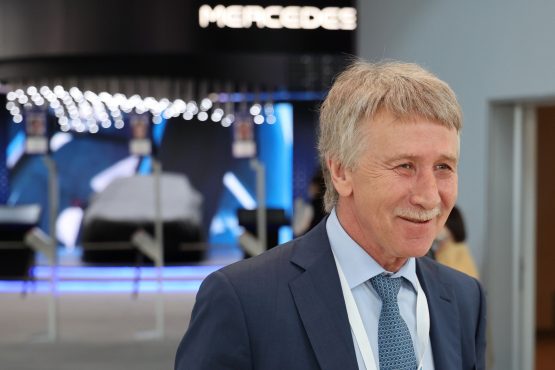 After not broadcasting its location for almost two weeks, a $150 million luxury superyacht linked to sanctioned Russian billionaire Leonid Mikhelson reappeared again — transmitting it was headed to the Bahamas and Barcelona — locations that would have put it at risk of seizure.

Turns out, its final destination is a safe haven sought after by many other vessels of tycoons facing sanctions: Turkey.

After a nearly month-long journey that took it more than 7 000 miles, the Pacific moored Thursday at the port of Marmaris in the country’s south.

The journey of the 280-foot Pacific, sailing “dark” for nearly half of the trip without its automatic identification system turned on as required by international maritime law, shows the risky measures the crew of these multimillion dollar vessels are undertaking to get to jurisdictions deemed unlikely to arrest the floating palaces. The US, Italy and other European governments have seized more than a dozen yachts worth over $2.3 billion to punish Russian tycoons close to President Vladimir Putin for the invasion of Ukraine.

Turkey has been a favored destination for superyachts connected to Russian oligarchs and tycoons facing scrutiny as countries look to step up sanctions on Russia. Steel billionaire Alexander Abramov’s $100 million Titan traversed the Suez Canal at the beginning of May to get there. The Eclipse, linked to former Chelsea football club owner Roman Abramovich, is in waters off southern Turkey, while My Solaris, another megayacht connected to him, is anchored off the country’s southwestern coast. The Clio, tied to aluminum billionaire Oleg Deripaska, stopped transmitting its location once it reached the Bosphorus Strait near Istanbul in April.

The seizures have sent luxury vessels scattering across oceans seeking refuge. Some have logged more than 5,000 nautical miles since the start of the invasion in late February. Working with Spire Global Inc., an analytics firm that uses nanosatellites to collect data, Bloomberg is tracking vessels connected to Russian tycoons on sanctions lists.

Built in 2010 by German company Luerssen Verwaltungs GmbH, the Pacific features an elevator, pool and smaller speedboat, and has room for 12 guests and 28 crew.

The Pacific, which can accommodate two helicopters, had been anchored at various ports and bays in Costa Rica since late January. On May 5, it departed Marina Papagayo near Culebra Bay and headed southeast, passing through the Panama Canal, according to vessel data analyzed by Bloomberg. The vessel was cruising in the Caribbean Sea northeast of Colon when it stopped broadcasting its location on May 8. It had indicated it was headed to Nassau in the Bahamas. It reappeared 12 days later near the Canary Islands, broadcast it was headed to Barcelona before changing its destination to Port Said in Egypt.

Along with economic and financial sanctions, seizing superyachts, villas and other assets of Russian tycoons close to Putin has become a visible campaign by the US and its allies in trying to deter Russia’s war in Ukraine. In Fiji, the US was granted a seizure order in early May of the $325 million Amadea that it says belongs to sanctioned Russian billionaire Suleiman Kerimov, but authorities have so far been unable to sail it out of the South Pacific island nation. The yacht’s registered owner has put up a series of legal challenges to fight the seizure.

“These yachts are a source of pride and prestige for the owners,” said Benjamin Maltby, a partner at London-based Keystone Law, which specializes in superyacht law. “There’s absolutely no way they would give them away or walk away willingly.”

Mikhelson, Russia’s second-wealthiest person with a fortune of almost $25 billion, was sanctioned by the UK and Canada in early April. He is chief executive officer of Novatek PJSC, the largest non-state-owned natural gas provider in Russia. Novatek is also on the US sanctions list, though Mikhelson himself doesn’t face US sanctions. The multibillionaire owns about one quarter of the publicly traded company, which produces around 10% of the country’s gas.

It isn’t clear whether Mikhelson is on board the Pacific. His representatives at Novatek didn’t immediately respond to requests for comment.