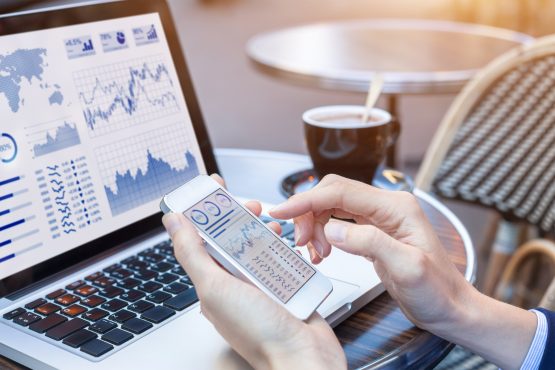 It’s been a grim start to 2020 for some South African-listed technology companies, which have seen their shares battered on weak earnings updates and negative investor sentiment over the dire state of the economy.

By far the worst performer so far this year – to Monday’s market close in Johannesburg – is EOH, which has fallen by a massive 63.5% since 1 January.

Investors are nervous about EOH’s prospects ahead of the publication of the group’s interim results on 7 April. In the past three years, the once high-flying share has plummeted by 97% as investors took fright at corruption in its public sector contracts, the debt load on its balance sheet and worries about whether its restructuring will bear fruit.

The share sold off aggressively again this week after the group warned shareholders after markets closed on Friday that its interim earnings, for the six months ended 31 December 2019, would fall sharply.Software group Adapt IT has also had a terrible start to 2020, with its shares losing almost half their value – on top of a downward spiral last year, which has seen its share price collapse 66% in the past 12 months. Over five years, Adapt IT’s share price has fallen by a massive 85%.

Headline earnings per share could fall by as much as 51.7%, Adapt IT said in a trading update. However, on a normalised and comparative basis, the decline was much less precipitous – down by between 5.3% and 15.3% compared to the normalised Heps for the same six-month period in 2018.

Marked turnaround
Technology distributor Alviva Holdings also took a beating when it warned last week that Heps were expected to fall by between 33% and 41% for the six months to end-December 2019. Alviva, whose subsidiaries include Axiz and Pinnacle, has seen a third of its value wiped out this year so far – a marked turnaround for a share that was once regarded as a darling of the investment community.

Listed telecommunications companies have fared better than their IT counterparts so far in 2020, with MTN Group and Vodacom Group adding 5.4% and 5.6% respectively. Telkom – which saw its share price decimated last year – has fallen by 9%, while Blue Label Telecoms, which also had a grim 2019, has declined by 2.6%. Blue Label, which is the largest shareholder in Cell C with a 45% stake, will report its interim financial results for the six months to 30 November 2019 next Friday.

One share that has avoided the carnage is niche financial services technology provider SilverBridge, which on Monday delighted investors with a 184% improvement in profit. The market responded on Wednesday by pushing the shares up by almost 50%.  — © 2020 NewsCentral Media

And the ANC’s “solution” to all of this? They want to toughen up on BEE for the IT sector. They want to force these companies to give away more shares to non-contributors, and they want the companies to get rid of skilled staff who are of the wrong skin colour.

From EOH unbelievable value destruction by the previous management team’s shenanigans. Don’t envy the current team, almost think the EOH tag is a negative to underlying businesses turn around. Surely the previous management team can be sued as it appears they walked with enough to be playing private equity games in town currently…they KNEW what was going on and sold shares took bonuses with that knowledge.
AdaptIt was always a “me to” acquisitive play, don’t think there was ever any real substance below the hype and pretension of organic growth.
Silverbridge sticking to their knitting and turned from losing shareholder capital last year but really a tiny company, don’t understand why they are listed?
Not much good to say on IT sector right now….feel like a Grinch!

It is pathetic to be invested in the JSE… while the majority of the Nasdeq and NYSE companies, a barometer of global stock markets, have delivered earnings that have met or surpassed expectation the JSE has a lacklustre showing. It is not only the Tech sector stocks. The JSE as a whole, this appears as though it is orchestrated. Someone knows what happened there and people are quiet while we bleed. The South African economy is dancing on strings that dislodge it from the fundamentals… The irony of it all is that President Trump has pronounced South Africa as not a poor country, contrary to what locally we are brainwashed to believe. Truth be told we have a healthy GDP compared to some countries in Europe. We’re No.35 out of 185 countries. Hows that for private sector propaganda and corruption agenda?