The US signs death warrant for anonymous companies

Registries showing the details of beneficial owners will be open for scrutiny by law enforcement.
By Barbara Curson 17 Dec 2020  00:01 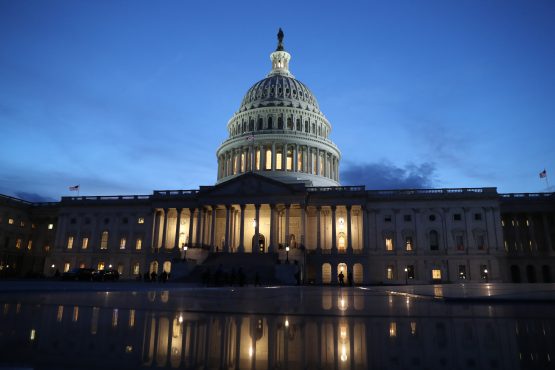 The U.S. Capitol in Washington, D.C. The US is second only to the Cayman Islands as the most secretive jurisdiction in the world, according to the 2020 Financial Secrecy Index. Image: Bloomberg

The US Senate has signed the death warrant for anonymous companies with its recent passing of the Corporate Transparency Act, by a veto-proof majority of 84 to 13.

The bill – which will have to be signed by the US president for it to pass into law – was tacked onto the National Defence Authorisation Act. It is expected to be passed before the end of the year.

The US Office of Transparency International – a global coalition against corruption, promoting transparency, accountability and integrity – stated: “Congress is right to include corporate transparency in the [Act].”

“US anti-money laundering laws have not been updated for 20 years, and we have seen the alarming, real-life consequences.”

It added: “Outdated laws have made it easy for corrupt officials to drain wealth from their own countries, hide the illicit funds in the US, and profit from our large and comparatively stable economy. It’s long past time to bring our laws into the modern era, and the US is in line with other advanced economies.”

Registries of the beneficial owners

The US placed number two in the 2020 Financial Secrecy Index, beaten only by the Cayman Islands as being the most secretive jurisdiction in the world. It has a number of states that allow financial secrecy and anonymous companies, for example, the tax havens of Delaware, Nevada and Wyoming, and the gambling jurisdictions of Miami, Nevada and Arizona, which are known to facilitate money laundering.

Once the bill is enacted, registries will have to be created disclosing the details of the beneficial owners of all companies. Required details of ownership will include the name, address and date of birth of the real owners, and an identification number for each owner.

The registries will be available to law enforcement, but will not be open to the public.

This has been criticised by anti-corruption agencies, who say that public transparency will aid in the fight against corruption.

This bill is seen as a major anti-corruption reform and an important step in combating illicit financial flows by Global Financial Integrity (GFI). The GFI is a Washington-based think tank and produces information on illicit financial flows, advises developing country governments, and promotes transparency measures in the international financial system.

The US is one of the most prominent members of the Organisation for Economic Co-operation and Development, which has been encouraging transparency in an effort to stamp out global financial secrecy. The US stood out as a sore thumb, but should now slip down in the rankings of the most secretive jurisdictions.

The UK and the EU have also passed laws to provide more transparency in the ownership of companies. It will become more difficult to conceal the proceeds of illicit activities.

Other jurisdictions may be able to request ownership details to aid their own investigations under a bilateral exchange of information agreement with the US.

Anonymous companies make it possible for corporations and wealthy individuals to hide income and evade taxes, but they are also used for money laundering and terrorist financing, and by human traffickers and crime syndicates.

US shell companies have also allowed corrupt foreign leaders and criminals to purchase prime real estate in the US.

Dirty money and illicit financial flows have been brilliantly covered in many books, including:

Slowly, the fight against global financial secrecy is gaining traction.

Do what the Clinton’s and Obama’s do, start a charity foundation, share none of the inflows or very little and get obscenely rich

Does this apply to the CIA as well??

I think owner information should be public information for public and private companies, as should beneficiaries and trustees of trusts. Why not? The entities seek to benefit from the advantages society creates.

If you have to hide, you need to ask why.

OMG…and we were made to believe their institutions are exceptional.
No wonder their arrogance is coming home to bite hard.