The 46-year-old won the tour’s inaugural Player Impact Program, which honours the athletes that generated the most positive interest over the last year, according to a memo.
By Luke McGrath, Bloomberg 3 Mar 2022  07:47 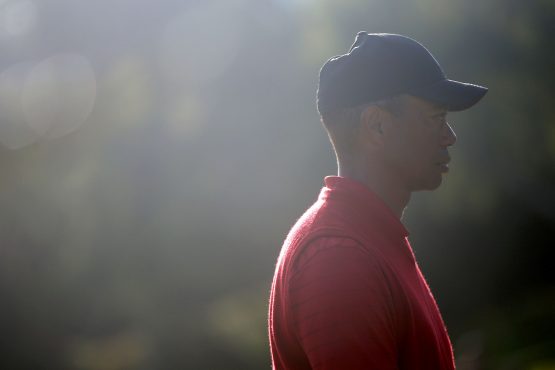 Tiger Woods didn’t play in a single official PGA Tour event last year, but the golf organisation still designated him as the face of the sport.

The 46-year-old won the tour’s inaugural Player Impact Program, which honours the athletes that generated the most positive interest over the last year, according to a memo. He will collect $8 million.

The program considered factors such as internet searches, sponsor exposure and social media engagement, and pays 10 players a combined $40 million. Phil Mickelson came in second and will get $6 million — with other stars like Jordan Spieth and Brooks Koepka finishing in the top 10. The winners have to honour certain commitments to get half the money, like playing in a designated tournament.

The bonus follows mounting pressure to shift more of the tour’s earnings toward its top players. The golf organisation also has faced a threat from a potential rival league backed by Saudi Arabian money. Mickelson sparked controversy last month after telling a reporter he might be willing to overlook the country’s human-rights record to help get the Saudi league off the ground.

Against that backdrop, the PGA Tour is drawing on lucrative new media deals to retain talent and reward its most successful golfers. The media deals, signed in March 2020, run through 2030. They grant most TV coverage rights to CBS and NBC, with digital rights going to ESPN+. The agreement was estimated to be worth more than $7 billion over nine years, the Associated Press reported when the rights were signed.

That’s translated to bonuses like the Player Impact Program, which will rise to $50 million for 2022. This year, 55% of the tour’s $1.5 billion in forecast revenue will be directed back to the players. The FedExCup bonus pool is up to $75 million from $60 million, and official prize money has climbed $60 million from last year to $427 million.

The average tournament purse, meanwhile, is up over $1 million to $9.1 million. The pot for next week’s Players Championship has increased 33% to $20 million.

The bigger payouts — and the backlash to Mickelson’s comments about the Saudi-backed league — have led many of the world’s top players, like Xander Schauffele and Dustin Johnson, to reaffirm their allegiance to the tour.

Mickelson later apologised for offending people with his comments and said he would take some time away. Sponsors Heineken NV and KPMG dropped the 51-year-old, Golf Digest reported. Workday Inc. said it wouldn’t renew its sponsorship, and Callaway Golf Co. paused its partnership with the six-time major champion.

The left-handed golfer made another gaffe in December when he tweeted that he’d won the new bonus program. That became a source of some ribbing Thursday, including from Woods himself. He shared Mickelson’s original tweet and said, “Whoops.”

The program benefits golf’s most famous stars, who have been around for longer and have established fan bases. Woods spent most of 2021 recovering from a car crash, and the only tournament he played was the PNC Championship with his son, Charlie. That wasn’t an unofficial Tour event.

Since the crash, fans have been eagerly awaiting his comeback. A video Woods posted in November of him swinging on a driving range that simply said “making progress” received almost 200 000 likes on Twitter.