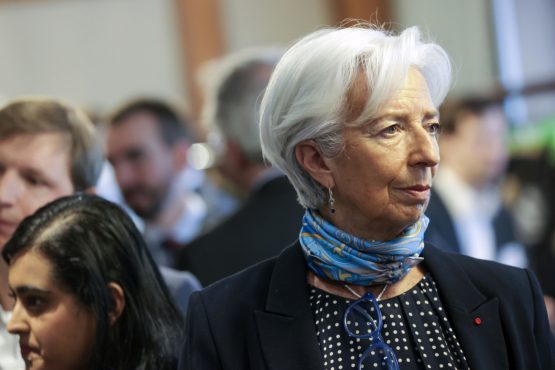 Traders are rushing to wager on a faster pace of European Central Bank policy tightening in the face of sky-rocketing inflation, sending bonds slumping across Europe.

Money markets are now betting on four quarter-point rate hikes by March next year, which would lift the ECB’s deposit rate to 0.50%. The last time rates were raised so quickly was 15 years ago, before the onset of the global financial crisis. Figures on Friday are expected to confirm that consumer prices surged in March at the fastest pace on record. Even so, ECB President Christine Lagarde played down the material risk of stagflation in an interview with Cypriot newspaper Phileleftheros.

“We think that the magnitude of these prints may well cause disarray among the ECB Governing Council,” said Mizuho International Plc strategists led by Peter Chatwell. “Euro front-end rates are likely to be under pressure.”

Bonds extended recent losses across the region on Monday, led by short-term debt. Two-year German yields, the most sensitive to rate policy, climbed seven basis points to -0.07%, their highest since 2014.