‘An earlier election and therefore larger-than-previously-expected fiscal easing increases the risks of the BOE acting more ‘forcefully’ in the second half of 2023 and longer-dated gilt yields rising.’
By Greg Ritchie and Joe Easton, Bloomberg 10 Jul 2022  14:16 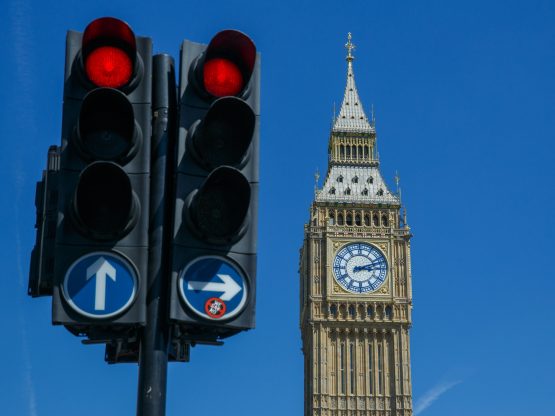 The nonchalance of UK markets to the overthrow of Prime Minister Boris Johnson could change in a flash.

Johnson’s ouster has raised the odds of an early general election, according to market strategists at NatWest Markets, Citigroup Inc. and Mizuho International Plc. It opens the door to a spending spree to beguile voters before they head to the polls, followed by the potential for the opposition Labour party to come to power and splash more cash.

That would impact everything from Bank of England policy and taxation to the pound, bonds and stock markets — and also see previous risks resurface such as another Scottish independence vote and the reopening of Brexit negotiations. While there are still a lot of ifs and buts, an election is already filtering into investors’ mindsets.

“The prospect of the election itself would be unambiguously negative for the currency as wider political risk escalates,” said NatWest analysts including Imogen Bachra. “An earlier election and therefore larger-than-previously-expected fiscal easing increases the risks of the BOE acting more ‘forcefully’ in the second half of 2023 and longer-dated gilt yields rising.”

After three tempestuous years in office, Johnson’s reign looks to have come to a chaotic end after the mass resignation of members of his government last week. His Conservative party is urgently drawing up plans for an accelerated contest to choose his successor this summer.

The next election isn’t due until January 2025 at the latest, and Johnson’s successor will not be obliged to go back to the polls earlier than that. Nonetheless, they may be tempted to capitalize on any political honeymoon in the early months of the tenure on the hope of locking in a further five years of power and public legitimacy.

That prospect has already led NatWest’s team to change their BOE forecasts, expecting faster interest-rate hikes and a slower bond-selling program given the prospect of greater government spending. They revised up their end-year 10-year gilt yield target to 2.25%.

Yields have already surged to end last week near that level. The leadership race is hotting up, with former Chancellor Rishi Sunak announcing his candidacy Friday.

“Nobody yet knows who the Chancellor will be and what his/her approach will be to fiscal policy: will they tighten it, loosen it, be more concerned about winning back electoral support via tax cuts and giveaways?” said Stuart Cole, chief macro economist at Equiti Capital, adding he wouldn’t be surprised by a 2023 election.

The picture for the pound, already down around 11% this year, is more complicated. While loosening the government’s purse strings or lower taxes could give the UK economy a boost, it could also drive up inflation and put public finances under pressure. New leadership will bring other market-sensitive policy changes into play as well.

For the UK’s stock market, domestic-focused companies would likely get a boost if a new leader raises question marks about next year’s planned increase in corporation tax. Britain’s midcap FTSE 250 benchmark has slumped about 20% in 2022. More aggressive BOE rate hikes and a stronger pound could prove to be a negative for the FTSE 100, where about 75% of companies’ sales are made abroad. Higher borrowing costs would also hurt consumers and hence retail stocks like Next Plc and Marks & Spencer Group Plc.

“Political uncertainty comes at a time when sentiment towards UK equities is already poor — this can be seen reflected in lower UK company valuations in many cases than overseas peers as well as recent weak net flows data for UK equities,” said Gabriele Foa, a portfolio manager at Algebris Investments.

While rate hikes would widen profit margins at lenders such as Lloyds Banking Group Plc and NatWest, UK banking stocks might stay under pressure given the country is facing a recession. Investors in utilities and oil firms such as Centrica Plc and Shell Plc will be closely watching pressure to hike taxes on the sector to help with energy bills. In terms of broader trade and political risk, some analysts point to the potential for an improved relationship with the European Union. Johnson had put forward legislation that would give Britain the ability to unilaterally amend its post-Brexit settlement for Northern Ireland, risking a trade war with the bloc. On the other hand, a new election could lift the existential risk of Scotland breaking away from the UK, given the Conservatives’ opposition to an independence referendum.

“We see the change in leadership as a marginal positive for sterling via increased likelihood of fiscal support and, in the medium term, a lower bar to better relations with the EU,” said Shreyas Gopal, a strategist at Deutsche Bank AG. However, any leadership candidate “who shows a willingness to go to the polls will be seen as most negative for sterling, given the added uncertainty it would introduce.”

At the moment there are so many potential candidates, it’s hard to assess what the views of the winner might be. Some analysts are skeptical a new leader will risk going to the polls, since the Tories still have a healthy majority in Parliament. Given the dire economic situation Johnson’s successor will inherit, it would be a big risk.

Recent history on the success of such a strategy has been mixed. Former premier Gordon Brown passed up that opportunity only to be forced out of power in 2010. Theresa May’s 2017 snap election ended up costing her majority, though Johnson himself had more success in 2019.

“Surely a new leader would want a mandate, but it would be nearly impossible to attain a majority close to what Boris Johnson achieved in 2019,” said Geoff Yu, senior currency strategist at Bank of New York Mellon. “An election could lead to months or weeks at least of political deadlock, so it just wouldn’t be helpful.”