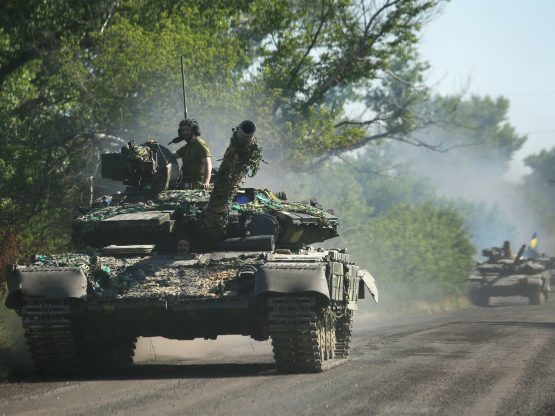 Emergency crews searched for survivors in the rubble of a mall in central Ukraine that was pounded by Russian missiles, while the ambassador to Moscow of the separatist Luhansk People’s Republic said street battles had broken out in Lysychansk.

More than 1 000 people were inside when two Russian missiles slammed into the shopping mall in Kremenchuk, Poltava, Ukrainian President Volodymyr Zelenskiy said.

At least 18 people were killed and 25 hospitalised, while about 36 were missing, the governor of Poltava said.

Russian troops and their Luhansk Republic allies are advancing into Lysychansk and street battles have erupted, said the ambassador to Moscow of the Luhansk People’s Republic, recognised only by Russia. Reuters could not confirm Russian reports that Moscow’s troops had already entered the city.

The Group of Seven club of wealthy nations vowed to stand with Ukraine “for as long as it takes”, promising new sanctions.

The White House said Russia had defaulted on its foreign sovereign bonds for the first time in a century – an assertion Moscow rejected.

Ukrainian President Zelenskiy asked for more arms in a video address to the G7 leaders.

Zelenskiy was focused on securing an “advantageous position” in months rather than years, U.S. National Security Adviser Sullivan said. A European official said the Ukrainian leader wanted the war to be over by winter.

US President Biden raised the tariff rate on certain Russian imports to 35% as a result of suspending Russia’s “most favoured nation” trading status.

“It is impossible to even imagine the number of victims … It’s useless to hope for decency and humanity from Russia,” Zelenskiy wrote on Telegram after the Kremenchuk mall was hit.

“Russian President Putin and those responsible will be held to account,” G7 leaders said in a statement.

What we need to know is when will Putin be removed?