We expect our next move will be toward a decrease … when we feel devaluation and inflation expectations have calmed down: deputy governor.
By Volodymyr Verbyany and Daryna Krasnolutska, Bloomberg 2 Jun 2022  15:06 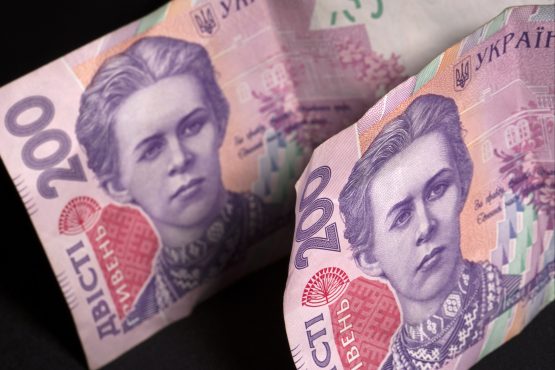 Ukraine’s central bank more than doubled its benchmark interest rate – its first such move in four months – reactivating policy tools to stem inflation and shield the currency battered by the Russian invasion.

The central bank raised borrowing costs to 25% from 10% in its meeting on Thursday, the highest level since Sept. 2015 — and the top rate in Europe. The bank also said its intervention to support the hryvnia climbed to $3.4 billion in May compared with an average of $2 billion a month before.

“The inflation development requires the National Bank to return to active interest-rate policy to prevent further deterioration of inflation expectations and dollarization of economy,” the central bank governor, Kyrylo Shevchenko, said at a briefing on Thursday. Policy makers plan to return to regular updates of the economic forecast.

With the country’s defense against Russia’s attack approaching 100 days and the nation’s economy likely to be in turmoil for a protracted period, policy makers moved to get the financial system back on its feet by returning to regular rate decisions that have been suspended.

The move seeks to help tame wartime inflation that has soared to 17% on an annual basis in May, according to the central bank’s estimates. It will also prompt an increase in government bonds and deposit interest rates, something the central bank seeks to achieve to ease pressure on the hryvnia.

“This is a decisive step from the central bank — there were expectations on the market of a significant hike, but nobody saw such an increase,” Oleksiy Blinov, head of research at Alfa Bank Ukraine, said in a message.

Policy makers signaled that the 25% was the peak — and that as inflation began to abate, the bank will move toward cuts.

“We expect that our next move will be toward a decrease, but it will only happen when we feel that devaluation and inflation expectations have calmed down,” Serhiy Nikolaychuk, a deputy governor, said at the briefing.

The central bank said it will take additional measures, including widening the interest corridor for monetary transactions with banks, to support the interbank market. From June 3, the interest rate on refinancing loans will amount to the key policy rate, plus 2 percentage points.

The rate hike is aimed at helping the stability of the hryvnia exchange rate, the bank said, adding it’s too early to allow the currency to float freely on the market. Blinov, of Alfa Bank, said the move could provide grounds for unfreezing the hryvnia by the end of the summer.

Russia’s Feb. 24 invasion, roundly condemned across the globe as an unprovoked attack on its neighbor, has devastated Ukraine’s economy, compounded inflation and raised pressure on the central bank’s reserves. Monetary policy makers have been forced to deploy the resources for imports of crucial goods as the war halts key exports.

With depressed revenue and higher military spending, the budget has been funded by international assistance, bond sales and the central bank’s printing press, a process that has further stoked inflation.