Prime Minister Mateusz Morawiecki has called for the EU’s solidarity in helping the migrants, calling it the bloc’s ‘common cause and our share responsibility’.
By Ewa Krukowska and Stephanie Bodoni, Bloomberg 15 Mar 2022  08:05 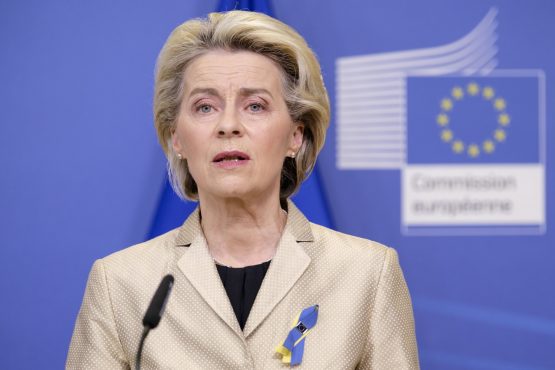 As Poland takes in more than a million refugees from the war in Ukraine, the European Union has another reason to hold back on economically punishing that nation and others for democratic backsliding.

The EU will likely hold off on immediately triggering its powerful new rule-of-law mechanism that allows the bloc to withhold budget payments to countries accused of breaking the bloc’s rules, particularly Poland and Hungary.

The punitive measures would be risky given the legal hurdles required to use the powers and at a time when member states are struggling to deal with higher energy costs, the prospect of further economic fallout from the Russian invasion of Ukraine and the refugee influx, according to people familiar with the discussions.

Underlying the cautiousness is the legal challenge: While EU judges last month handed European Commission President Ursula von der Leyen a boost in her crackdown on renegade member states, they highlighted that invoking the so-called conditionality mechanism must be justified by rock-solid evidence that a country had misused previously allocated payouts from the bloc’s budget.

The rule-of-law powers were agreed on by governments in late 2020 after a majority of nations grew weary of continued challenges to the independence of judges, a key premise of the bloc’s founding treaty. If the EU were to kickstart the lengthy legal process by triggering the mechanism, Poland could eventually miss out on more than 130 billion euros ($143 billion) from the EU’s seven-year budget, Hungary more than 40 billion euros.

For Poland, there is little chance of it being targeted in the near-term because there’s no adequate proof of the misuse of EU funds that could allow the budget tool to be unleashed, said the people who asked not to be identified because the process is private.

Meanwhile, signals from Poland of its political willingness to unwind some elements of the contested judiciary overhaul are likely to help unlock some 36 billion euros the country was due to receive from the EU’s post-pandemic stimulus package. The parliament should soon start working on a bill that includes scrapping a contested disciplinary chamber for judges, government spokesman Piotr Muller told Radio Zet last week.

Deputy Foreign Minister Pawel Jablonski called on the EU to unblock the funds,  arguing the country will need “millions of euros” to help integrate refugees, in an interview with Bloomberg Television on Monday near a border crossing with Ukraine in Medyka.

“We’re in a war situation,” he said. “This is a challenge Europe hasn’t faced in decades. We need to put aside all the smaller things.”

The commission is set to approve the financing soon should the government in Warsaw address its concerns, people familiar with the matter said.

Hungary was seen by many as the prime target of the EU’s new powers due to the combination of alleged corruption and serial rule-of-law violations under Prime Minister Viktor Orban. But even though the EU executive is still building its case on Hungary’s alleged wrongdoing, it’s highly unlikely to trigger the tool before the country’s general elections on April 3, according to the people familiar with the commission’s thinking.

The ultimate decision on if and when to use the mechanism lies with von der Leyen. The commission declined to comment on individual cases. Hungarian Cabinet Minister Gergely Gulyas said that there are no grounds for triggering the mechanism against Hungary and the government doesn’t expect it. Poland has repeatedly argued that Brussels would need to produce clear evidence of fraud or misused of EU funds before it can deploy the conditionality mechanism and halt payments.

After the conflict between Moscow and Kyiv escalated earlier this year, the status of Poland as Ukraine’s immediate neighbor boosted its role in the international talks. The nation has grown into one of the vocal critics of the failed west European approach of economic rapprochement with Russia.

A country with a long land border to the east, Poland has also become a center of a humanitarian effort to deal with more than 1.5 million refugees that crossed into the country since the Russian invasion began last month. With the United Nations High Commissioner for Refugees estimating that the war risks displacing as many as 10 million people, migration is becoming one of the biggest challenges the EU will have to face amid the war.

As Poles spontaneously moved to organise housing and support for Ukrainians fleeing their homes, Prime Minister Mateusz Morawiecki has called for the EU’s solidarity in helping the migrants, calling it the bloc’s “common cause and our share responsibility.