Ukraine’s stateless trapped in warzone with no proof they exist

‘I’m also very scared they’d separate me from my children because I have no proof that I’m their mother.’
By Emma Batha, Thomson Reuters Foundation 10 Apr 2022  00:46 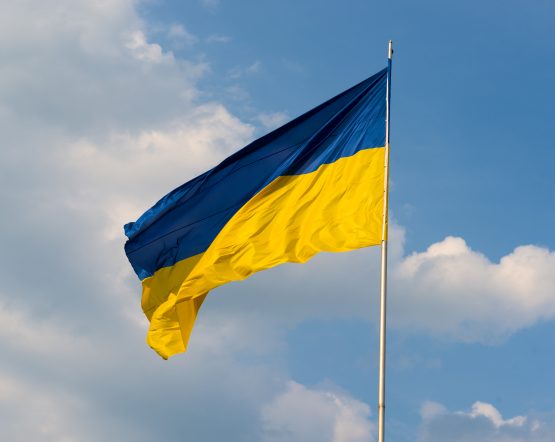 When the air raid sirens sound at night, Svitlana Honcharova takes her two young sons to the cellar under their apartment in the Ukrainian city of Sumy and prays they will still be alive in the morning.

Although thousands have fled Russia’s bombardment of Sumy in the far northeast, 31-year-old Honcharova dares not leave as she is stateless, meaning she is not recognised as a citizen of any country.

“I’m afraid that if I decided to leave I wouldn’t be able to cross checkpoints or borders because I don’t have documents,” Honcharova told the Thomson Reuters Foundation in a video call.

“I’m also very scared they’d separate me from my children because I have no proof that I’m their mother.”

Ukraine is home to tens of thousands of stateless people, many of whom – without proof of identity – have been left effectively trapped in areas of fighting as checkpoints proliferate across the country.

Although Honcharova has lived in Ukraine almost all her life, she has no right to formal employment or healthcare, and cannot open a bank account, own property or even marry.

The United Nations estimates Ukraine is home to about 36 000 stateless people who live on the margins of society, deprived of basic rights and services. Some experts on statelessness said the real number was probably much higher.

They include many like Honcharova who fell through the gaps following the collapse of the Soviet Union in 1991, and a significant proportion of Ukraine’s large ethnic minority Roma population.

Others at risk of statelessness include people who have fled conflict in the eastern separatist Donetsk and Luhansk regions, as well as an estimated 60,000 children born in these territories and the Crimean peninsula seized by Russia in 2014.

“The war has now made stateless people’s lives even more complicated and precarious, with many stranded in places ravaged by fighting,” said Chris Nash, director of the European Network on Statelessness, a civil society alliance.

“Perhaps most telling of their predicament is the fact that even if they manage to flee Ukraine, it remains unclear if they’ll be able to return once the war has ended.”

Russia’s invasion on Feb. 24 has uprooted a quarter of Ukraine’s 44 million people, including more than 4 million who have fled abroad, mostly to neighbouring European countries.

The European Union has granted Ukrainians the right to live, work and access social welfare in the 27-nation bloc, but Nash said the emergency measures risk excluding many stateless people.

“We urge all EU countries to extend the same welcome and protection to everyone fleeing Ukraine,” he said.

Honcharova said the conflict had compounded the difficulties and discrimination already faced by stateless people in Ukraine.

“It’s hard because I can’t get medical care or social help for the kids, I can’t work officially and can’t earn money,” she said.

Sofiia Kordonets, project manager with Right to Protection, a Ukrainian organisation supporting stateless people, said many were heavily reliant on charities and volunteers for help as they are unable to access formal work.

Stateless people are less likely to have savings to tide them over and could face greater obstacles in finding accommodation and assistance if displaced, she said.

The government has offered many Ukrainians in warzones a one-off 6,500 hryvnia ($220) payment, but stateless people are not eligible because the benefit is only offered to taxpayers.

Although neighbouring countries have opened their borders, Kordonets only knew of a handful of stateless people who had left Ukraine, some carrying expired Soviet passports.

“They’re really afraid they won’t be able to return,” she said. “The first question they ask us is often not, ‘how can I leave?’, but ‘how can I come back?'”

In 2014, the United Nations launched a campaign called #IBelong to end the plight of millions of stateless people worldwide within a decade.

Last year, Ukraine introduced a procedure to identify and protect stateless people on its territory, and potentially provide them with a route to citizenship.

But only 55 people have been recognised to date. Hundreds of other applications, including Honcharova’s, have been put on hold following the outbreak of war.

Honcharova was born during the dying days of the Soviet Union in what is now southwest Russia, but grew up in Ukraine in the care of a woman she regarded as her grandmother although not related.

She never knew her father and has lost touch with her mother. She first applied for Ukrainian citizenship when she was 16, but was refused.

Kicked out of school in her teens when the authorities discovered she had no documents, Honcharova had to abandon her dream of becoming a nurse. She found work in a cosmetics store, but was paid far less than her colleagues.

Her life is marked by humiliations. During her first pregnancy, a doctor advised her to get an abortion because of her situation.

“I feel like I don’t exist,” she said. “All I want is an ID card so I can live and move forward.”

Honcharova said the invasion had left her ashamed she was even born in Russia.

“I’m shocked and upset,” she said. “If I was a man I’d take a gun and go and fight the Russians. I’m Ukrainian. This is my country.”