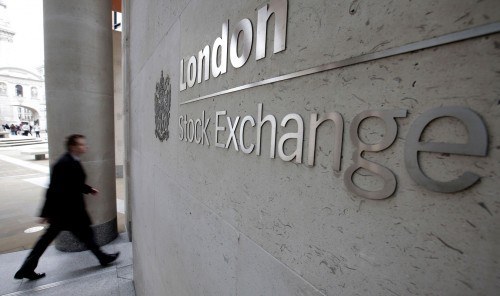 Britain’s blue-chip share index gave up early gains for a third straight session on Tuesday and dropped back from record highs as prospects for a takeover of Smith & Nephew dimmed and its shares slumped.

The slump saw the shares hit their lowest level since late December. The stock leapt nearly 8 percent then on media reports that a bid for Smith and Nephew would be made.

“The fact that the U.S. companies are no longer looking to British shores for takeovers takes a lot of value of UK firms like Smith & Nephew,” said Jasper Lawler, market analyst at CMC Markets.

“Some sort of deal had been priced into the stock and it could fall back towards 900p now, unless we get news that the deal is still on.”

Glencore and Barclays also weighed on the market after earnings releases.

Barclays fell 3.2 percent after saying it had set aside an extra 750 million pounds ($1.15 billion) for potential fines arising from allegations of manipulation in the foreign exchange market. Its annual profits still rose 12 percent thanks to cost-cutting.

“The additional foreign exchange provision is unwelcome, whilst other regulatory discussions which may lead to further fines lurk in the background,” said Richard Hunter, head of equities at Hargreaves Lansdown Stockbrokers.

Analysts said the index would need to consolidate after breaking through to the new highs a week ago.

“The lack of conviction in the market is a bit of a worrying sign,” said Fawad Razaqzada, technical analyst at Gain Capital. The market closed below 6,900, which Razaqzada had highlighted as a key support level.