Usmanov’s superyacht to languish in Hamburg after crew depart

After European Union and US sanctions made it impossible to pay their wages.
By Jonathan Browning, Bloomberg 8 Mar 2022  15:35 Alisher Usmanov’s superyacht will languish in a dock in Hamburg after its crew and captain were made redundant after European Union and US sanctions made it impossible to pay their wages.

The last of the usually 80-strong staff on the Dilbar, who crewed for the sanctioned billionaire, left the 156-meter yacht Monday, according to people familiar with the matter. A slimmed-down crew, employed by Luerssen, which built the ship in 2016, will remain on the boat, they said.

The yacht, named after Usmanov’s mother and the world’s largest by volume, had been undergoing refitting in the northern German city.

Boasting a 25-meter swimming pool and two helipads, it’s valued at between $600 million and $750 million, according to the US Treasury.

“We have tried all avenues to find a solution to keep the team in place, and protect our positions, but have reached the end of the road of possibilities,” Dilbar captain Tim Armstrong wrote in a message to the crew and seen by Bloomberg.

The Ministry for Economy and Innovation in Hamburg said on Thursday that the federal customs agency must issue an export waiver for the boat to depart and that “no yacht leaves port that is not allowed to do so.”

The move underscores the wider impact of the penalties levied by Europe and the US on ultra-rich Russians seen as having close ties to Russian President Vladimir Putin.

Superyachts and other opulent displays of wealth among Russia’s elite have drawn especially intense scrutiny since the country’s invasion of Ukraine.

Usmanov, 68, owns a major stake in USM, a Russian investment group with holdings in Metalloinvest, one of the world’s largest iron ore producers, and telecommunications company MegaFon. 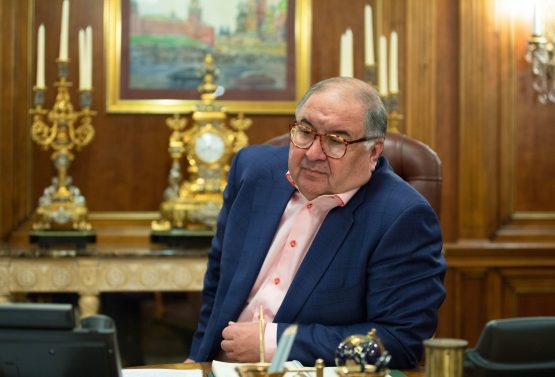 He’s the sixth-richest Russian with a fortune of $17.8 billion, according to the Bloomberg Billionaires Index.

The US Treasury said it specifically designated Dilbar, as well as Usmanov’s private jet, as “blocked property.” The hiring of crew as well as the payment of docking fees in US dollars is prohibited, it said.

The European Union then adopted sanctions on six of Russia’s wealthiest individuals last week, including Usmanov, who called the decision “unfair” and “defamatory.”

Tim Joyce, the chief executive officer of UK-based Sarnia Yachts, which provided crew services to the Dilbar, declined to comment. Staff at Metalloinvest and Luerssen didn’t immediately respond to requests for comment.

This is why I don’t own a yacht. The moment you need the staff they will desert you. Imagine your $700 million yacht sitting abandoned and without staff in Hamburg. It must be a terrible experience! Who will clean the pool and charge the batteries?

That is why I like to keep things simple. If my employee throws a tantrum I will be able to remove the wheelbarrow from the driveway myself.

Sensei ouboet, for once you have the bull by the proverbial. As a ex-super yacht (sail) Captain I can assure you of one thing: we as crew are more attached and committed to the vessel than the owners are. This I know for a fact after 25 years in the business. Most senior crew members (Capt, Mate, Bosun and at times 3 Engineers) are there from day one of the build project. We see it transformed from an empty cold hull to The Beautifull Swan they turn out to become. I do not know Tim or his crew but they certainly did not leave that vessel willingly, and believe it or not, it’s not because they did not get paid 4 days ago. The politics of war I will not dispute but sailin life reputation and commitment I do know something about.

I don’t doubt a word you are saying. I am just being sarcastic. Many wealthy owners don’t appreciate their crew. The average local employee treats their domestic servant with more respect and dignity.

I like that Ukranian engineer that scuttled his russian yacht!

There are hundreds of young South Africans working on yachts. Here’s hoping that some of them know which cock to twist which direction