Since January Virgin’s reservations are down 89% year-over-year.
By Josh Saul and Claire Boston, Bloomberg 4 Aug 2020  23:44 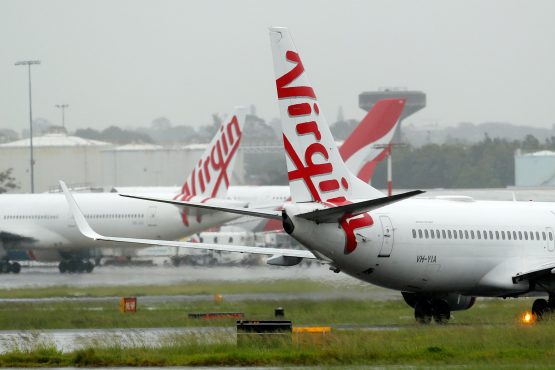 Richard Branson’s Virgin Atlantic Airways filed for Chapter 15 bankruptcy protection in the U.S. on Tuesday after telling a London court it was set to run out of cash next month if a pending rescue deal isn’t approved.

The airline filed its petition in the Southern District of New York. Chapter 15 allows foreign companies with U.S. assets to protect themselves against claims while they work on a turnaround plan at home.

The company had said during proceedings in the U.K. that it planned to apply for the U.S. protection while it finalises a rescue plan that’s already supported by a majority of its stakeholders. Virgin is seeking to secure a a 1.2 billion-pound ($1.6 billion) rescue, which was announced in July.

Airlines are under pressure as travellers shun flights to avoid exposure to the coronavirus. At least four U.S. regional airlines have gone bankrupt, and revenue at carriers with vast international networks could see sales plunge 66% this year, according to a Bloomberg Intelligence report.

Since Jan. 1, Virgin’s reservations are down 89% year-over-year and demand for the second half of 2020 is at approximately 25% of 2019 levels, according to court papers.

“The group and its business have been adversely affected by the ongoing Covid-19 pandemic, which has caused an unprecedented near-shutdown of the global passenger aviation industry,” according to the court papers. “Global aviation was one of the first industries to be impacted by the Covid-19 pandemic and is likely to be one of the last to fully recover.”

Virgin’s restructuring plan in the U.K. depends on the approval of its Chapter 15 filing in the U.S., the company said in its court filing. Without the plan, there’s uncertainty as to whether Virgin could get enough creditor support to implement its restructuring in time to avoid going into formal insolvency proceedings, according to the filing.

“Because VAAL has material assets and operations in the United States, the recognition of the English proceeding and enforcement of the sanction order and the plan through Chapter 15 of the bankruptcy code are necessary to ensure that the plan is effective and binding,” the filing states.