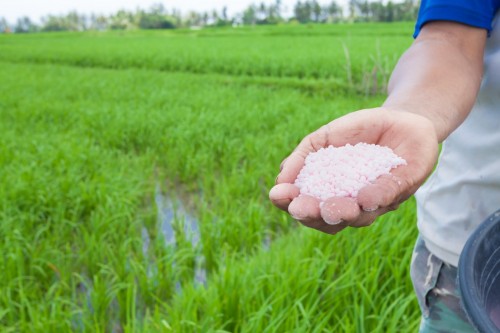 The changing climate has made India’s government so anxious about food security that politicians are now trying to predict the country’s crop output until as far as 2099.

Global warming is a factor in the nation’s increased number of extreme weather events, and simulation studies showed the country’s wheat yields may plunge between 6% to 25% toward the end of the century, Agriculture Minister Narendra Singh Tomar said in a written response to parliament. Fluctuating weather patterns will also reduce production for most other crops including maize and rice, the minister said. Chickpeas are an outlier, with output likely to rise as much as 54%, he said.

India, the world’s second-most populous nation, has already been grappling with the impact of climate change. This year’s monsoon, which typically waters more than half of the country’s total farmland, caused floods and poor rains at the same time. Rain was more than normal in 12 out of 36 states, while four states received deficient showers.

The South Asian country will have about 1.4 billion people to feed by 2100, according to the United Nations. While the production of food grains has jumped five-fold since 1950-51, 14.5% of the population still suffers from undernourishment, with India ranking near the bottom of the Global Hunger Index, according to the UN’s Food and Agriculture Organisation.

“One can predict production for the next 20 to 30 years but beyond that, it is very difficult,” said Dev. “With the changing climate, technology is also changing. Like water for irrigation is a problem, but then agriculture is also adapting and solutions are coming for judicious use of water for irrigation.”

Never mind the weather. Tell me what the political system will look like, and I will be able to predict the level of food security with 100% certainty. Most countries in Southern Africa and South America are blessed with the richest soil types and abundant rainfall, yet they suffer from food insecurity and hunger. South Africa is semi-arid, a desert in many places, but a small minority of highly productive farmers produce an abundance of quality and affordable food to feed the unemployed majority. Israel is a water-scarce nation, mostly desert, but there is no need for the United Nations to rush in with food-aid.

The weather is irrelevant, it is human action that counts. The weather does not incentivize food production. Individual ownership of the means of production do.

I’ll be close to 140 years old enjoying a G&T with Pink Tonic..At that age i’ll just take my vitamins and carrots for my ailing eye sight so i may observe the ANC still stealing away and witness the desert where once successful farmers farmed the land

Well 2099 aside, South Africa, along with Zimbabwe and the rest of Africa will be living on dirtburgers!