But may have more luck over the long term.
By Jeffery S. Bredthauer 19 Mar 2022 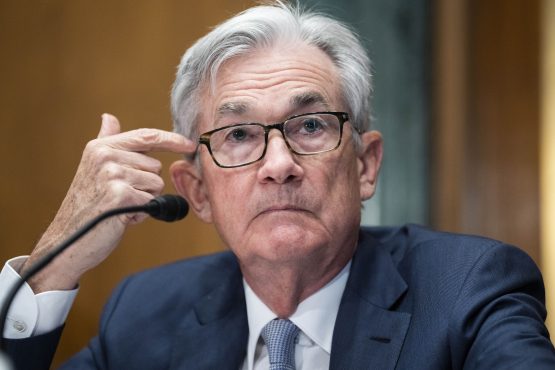 Jerome Powell has a tough job ahead. Image: Tom Williams, Pool via AP

The Federal Reserve is about to begin its most challenging inflation-fighting campaign in four decades. And a lot is at stake for consumers, companies and the US economy.

As most economists predicted, the Fed raised interest rates by a quarter point on March 16, 2022, the first of many increases the US central bank is expected to make over the coming months. The aim is to tamp down inflation that has been running at a year-over-year pace of 7.9%, the fastest since February 1982.

The challenge for the Fed is to do this without sending the economy into recession. Some economists and observers are already raising the specter of stagflation, which means high inflation coupled with a stagnating economy.

As an expert on financial markets, I believe there’s good news and bad when it comes to the Fed’s upcoming battle against inflation. Let’s start with the bad.

Inflation is worse than you think

Inflation began accelerating in fall 2021 when a stimulus-fueled demand for goods met a Covid-19-induced drop in supply.

In all, Congress spent US$4.6 trillion trying to counter the economic effects of Covid-19 and the lockdowns. While that may have been necessary to support struggling businesses and people, it unleashed an unprecedented bump in the US money supply.

At the same time, supply chains have been in disarray since early in the pandemic. Lockdowns and layoffs led to closures of factories, warehouses and shipping ports, and shortages of key components like microchips have made it harder to finish a wide range of goods, from cars to fridges. These factors have contributed to a worldwide shortage of goods and services.

Any economist will tell you that when demand exceeds supply, prices will rise too. And to make matters worse, businesses around the world have been struggling to hire more workers, which has further exacerbated supply chain problems. The labor shortage also worsens inflation because workers are able to demand higher wages, which is typically paid for with higher prices on the goods they make and the services they provide.

This clearly caught the Fed off guard, which as recently as November 2021 was calling the rise in inflation “transitory.”

And now Russia’s war in Ukraine is compounding the problems. This is mostly because of the conflict’s impact on the supply of gas and oil, but also because of the sanctions placed on Russia’s economy and the ancillary effects that will ripple throughout the global economy.

The latest inflation data, released on March 10, 2022, is for the month of February and therefore doesn’t account for the impact of Russia’s invasion of Ukraine, which sent US gas prices soaring. The prices of other commodities, such as wheat, also spiked. Russia and Ukraine produce a quarter of the world’s wheat supply.

And so the Fed has little choice but to raise interest rates – one of its few tools available to curb inflation.

But now it’s in a very tough situation. After arguably coming late to the inflation-fighting party, the Fed is now tasked with a job that seems to get harder by the day. That’s because the main drivers of today’s inflation – the war in Ukraine, the global shortage of goods and workers – are outside of its control.

So even dramatic rate hikes over the coming months, perhaps increasing rates from about zero now to 1%, will be unlikely to make an appreciable impact on inflation. This will remain true at least until supply chains begin to return to normal, which is still a ways off.

There are a few areas of the US economy where the Fed could have more of an impact on inflation – eventually.

For example, demand for goods that are typically purchased with a loan, such as a house or car, is more closely tied to interest rates. The Fed’s policy of ultra-low interest rates is one key factor that has driven inflation in those sectors in recent months. As such, an increase in borrowing costs through higher interest rates should prompt a drop in demand, thus reducing inflation.

But changing consumer behavior can take time, and it’ll require more than a quarter-point increase in rates at the Fed. So consumers should expect prices to continue to climb at an above-normal pace for some time.

Higher interest rates also tend to reduce stock prices, as other investments like bonds may become more attractive to investors. This in turn may lead people invested in stock markets to reduce their spending because they feel less wealthy, which may help reduce overall demand and inflation. The effect is minimal, however, and would take time before you see the impact in prices.

That is the bad news. The good news is that the US economy has been roaring at the fastest pace in decades, and unemployment is just about down to its pre-pandemic level, which was the lowest since the 1960s.

That’s why I think it’s unlikely the US will experience stagflation – as it did in the 1970s and early 1980s. A very aggressive increase in interest rates could possibly induce a recession, and lead to stagflation, but by sapping economic activity it could also bring down inflation. At the moment, a recession seems unlikely.

In my view, what the Fed is beginning to do now is less taking a big bite out of inflation and more about signaling its intent to begin the inflation battle for real. So don’t expect overall prices to come down for quite a while.