Will booking an Airbnb help Ukraine? 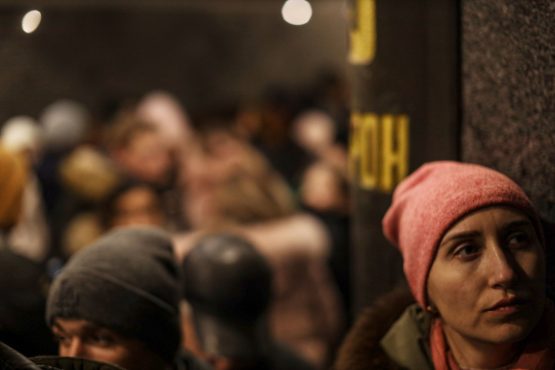 As the war in Ukraine continues, many people are wondering what they can do to make a difference. Some are booking accommodation in Ukraine on Airbnb as a means to transfer money and goodwill. Others are donating household goods to refugee camps. Some are even volunteering to fight.

Each of these actions, while well-intentioned, has been criticised as potentially counterproductive.

Acts designed to signal condemnation of Russia’s invasion, such as boycotting Russian products and cancelling Russian performers, are especially at risk of doing more harm than good. Bans and boycotts are powerful weapons, but before deploying them, it is vital to ensure that we have the right target (confidants of Vladimir Putin, for example).

Behavioural science tells us that, when confronted with a crisis, even experienced decision-makers can fall for an “action bias” because doing something feels better than doing nothing. A useful example can be found in a football match. In penalty shootouts, professional goalkeepers tend to dive, even though evidence shows they would prevent more goals if they stayed in the centre of the goal.

When compared with what is at stake in Ukraine, losing a football match seems trivial, but for the goalkeeper, the decision to dive (or not) has enormous consequences. The fact that goalkeepers -– even with the incentive and information to come to the right decision –- are biased towards counterproductive action suggests that a similar effect can ensnare any of us.

Another concept that explains why people take counterproductive actions is “responsibility utility”. This describes the pleasure that derives from being responsible for a virtuous action – the warm glow we feel for having done the “right thing”, or the bragging rights that come of promoting a good cause. Those bragging rights are especially powerful drivers of behaviour in an age of social media.

If an arts organisation has scheduled a Russian performer, responsibility utility recommends dropping them from the programme. The act of dropping the performer is a salient (though crude) signal that the organisation condemns an immoral attack. A worrisome implication is that ordinary Russian people will be punished.

Boycotts that hit Putin’s internal critics push an especially useful ally out of the anti-Putin camp, and they bolster Putin’s claim that the west has an anti-Russian agenda. Misdirected bans and boycotts will weaken Russian civil society, strengthen Putin’s power in Russia and damage the very institutions that will be so vital to stability after the Putin regime.

Another example of how responsibility utility can lead us astray comes from research on charitable giving. Logically, we might expect that people would donate more to help a group of eight people in a humanitarian disaster than to help just one of those eight people. Yet the results of experiments reliably show that people offer higher amounts if asked for a donation to help a single, identifiable victim than to save that person and a group of others as well.

One explanation for this anomaly is that, when there is just one person’s problem to be solved, we can feel proud that our donation went a long way towards making a difference. When the recipient is a group, responsibility for having fixed the problem is diffused and even a large donation can feel like a drop in the ocean.

When you are considering acting in response to the Ukrainian crisis, it can be helpful to identify responsibility utility in your own motives. Our research suggests a way to do this is to ask the following questions: “What feels like the right thing to do?” and “What are the likely outcomes of that action for those I want to help?”

If you cannot clearly articulate the benefits of the action to those you want to help, this could be a sign that your altruism is being driven by responsibility utility. Also, simply asking the question might bring up alternative actions that would achieve greater benefits. For instance, if the goal is to help people who have been left homeless in Ukraine, a little research online will quickly reveal that donating goods is not as helpful as donating cash. If you want to give financial support, then consideration as to who will benefit most from your money will probably shift your priorities away from those who own properties on Airbnb.

When it comes to the emotive issue of Ukraine, there is an urge to be true to our hearts. But when the stakes are so high and the consequences of our actions can scale up to have great influence, it behoves us to stop and think before we act.