In many ways, though, the world’s richest people left the rest of us behind long ago.
By Ben Steverman, Laura Davison and William Horobin, Bloomberg 10 Jun 2021  16:00 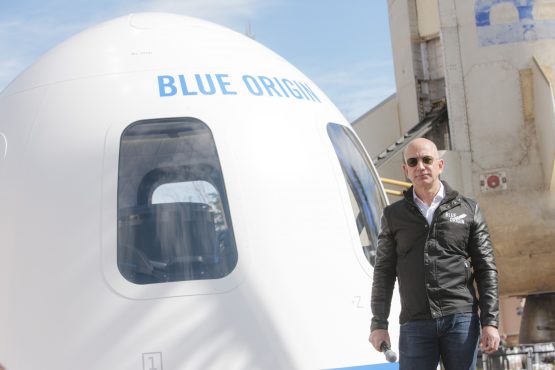 Amazon.com Inc. founder Jeff Bezos has the resources to launch himself into space. Elon Musk does, too.

In many ways, though, the world’s richest people left the rest of us behind long ago.

The world’s wealthiest 500 individuals are now worth $8.4 trillion, up more than 40% in the year and a half since the global pandemic began its devastation. Meanwhile, the economy’s biggest winners, the tech corporations that created many of these vast fortunes, pay lower tax rates than grocery clerks, and their mega-wealthy founders can exploit legal loopholes to pass huge windfalls onto heirs largely tax-free. 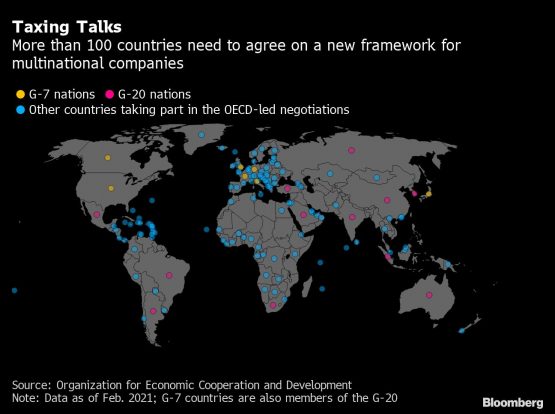 Now, a group powerful enough to challenge the supremacy of the tech titans is on the verge of taking action. The leaders of the Group of Seven, including US President Joe Biden and UK Prime Minister Boris Johnson, meet in southwestern England this weekend, where they’re expected to endorse a plan to plug holes in the world’s leaky tax system.

While the changes still need approval from a larger group of nations, including China, before becoming reality, the agreement by the G-7 marks a historic turning point after decades of falling levies on multinational corporations.

“It is very easy for multinationals and the richest people to escape tax. What we are seeing with the G-7 is that the time has come for politicians to take back power,” said Philippe Martin, a former adviser to French President Emmanuel Macron who now heads the Conseil d’Analyse Economique. “There is a window of opportunity, a turning point at which they are realising they need tax power and they need to spend more.”

The deal would bolster Biden’s own plans to boost taxes on corporations and the wealthy by raising rates, making heirs pay more, and equalising rates between investors and workers.

The proposals are part of a global revival of initiatives to target the rich, from Buenos Aires to Stockholm to Washington, including new taxes on capital gains, inheritances, and wealth that have gained momentum since Covid-19 blew massive fiscal holes in government budgets around the world.

US Treasury Secretary Janet Yellen framed the G-7 deal as a way for governments to protect their national sovereignty to set tax policy.

“For too long there has been a global race-to-the-bottom in corporate tax rates,” Yellen said following the G-7 finance ministers’ meeting in London last week, ahead of this weekend’s gathering.

Amazon and some other tech companies, meanwhile, have endorsed the agreement, believing the global regime will be more manageable than costly alternatives being pursued by individual countries. Bezos has also voiced support for higher US corporate taxes to pay for infrastructure.

Advocates for higher taxes say the steps are necessary to stave off a rise in populism and even for the sustainability of capitalism.

“The most visible and prominent winners of globalization are these big multinationals whose effective tax rates have collapsed,” said University of California at Berkeley economics professor Gabriel Zucman, who tracks wealth and inequality. “That can only lead to a growing rejection of that form of globalisation by the people.”

The World Economic Forum, the organiser of the annual conference for the rich and powerful in Davos, Switzerland, issued a white paper this month arguing “taxation systems must be redesigned efficiently to tax capital and multinationals.”

Governments need the revenue and “progressive taxation will be an essential mechanism to compensate for the uneven recovery already under way,” according to the report.

There remain plenty of defenders of low taxes. Conservative economists such as Douglas Holtz-Eakin, president of the American Action Forum, argue taxing the wealthy and corporations more heavily will damage the economy.

“Higher taxes on capital generally raises the possibility of a slowdown of productivity growth,” said Holtz-Eakin, who was an adviser to President George W. Bush.

That view is losing ground though as resentment grows over the ways that highly profitable corporations reduce their taxes.

Facebook, Apple, Amazon, Netflix, Google and Microsoft collectively skirted approximately $100 billion in US taxes from 2010 to 2019, according to an analysis of regulatory filings from Fair Tax Mark, a progressive think tank. Many of those untaxed profits were shifted into tax havens like Bermuda, Ireland, Luxembourg and the Netherlands. Asked to comment for this article, an Amazon spokesperson pointed to some of the company’s prior statements related to its tax bill, including, in part: “Amazon’s taxes, which are publicly reported, reflect our continued investments, employee compensation, and current US tax laws.”

As a mix between a technology company and a retailer with massive physical infrastructure, Amazon is able to use a slew of long-standing, low-profile tax preferences for stock compensation, buildings, research and development. Bezos has pushed to re-invest profits into the company, a strategy that keeps taxable income low and tax breaks high.

Amazon completely avoided federal income taxes in 2017 and 2018 thanks to its savvy use of the tax code. Since then, the company has had to pay some income tax to the Internal Revenue Service, but it’s been far below the 21% headline rate installed under President Donald Trump.

Billionaire tech founders often pay even less personally than their corporations do.

Bezos, for example, got $77 billion richer in 2020, according to the Bloomberg Billionaires Index. But in the US, gains on stock are only taxed when they’re sold, at a far lower rate than well-off workers pay, meaning that Bezos owed at most a few billion dollars in taxes to the US Treasury last year.

“This country’s wealthiest, who profited immensely during the pandemic, have not been paying their fair share,” Senate Finance Committee Chairman Ron Wyden said after ProPublica reported on Tuesday that several of the world’s billionaires, including Bezos, didn’t pay any federal income taxes in some years.

The media organisation said it obtained confidential tax documents on thousands of the wealthiest Americans, including for Warren Buffett and Michael Bloomberg, owner of Bloomberg LP, the parent company of Bloomberg News. Bloomberg and others told ProPublica they had paid the taxes they owed.

To remove advantages in the US tax code that benefit the ultra-wealthy, Biden has proposed taxing inherited assets that currently escape levies, and boosting the top rate on investment income so that well-paid workers and investors pay the same.

On an international scale, the administration is seeking a global minimum tax of at least 15% for the world’s most profitable companies — the deal expected to be pushed forward at the G-7 meeting this weekend.

The G-7 deal would change other rules for taxing multinationals, in order to undercut efforts to shift profits to low-tax countries. Biden is also advocating to increase the U.S. corporate rate to 28%, partly reversing Trump’s tax overhaul. Tech companies could see their effective tax rates jump if a global tax deal is reached, according to research from Morgan Stanley. Facebook and Alphabet’s Google could both pay 28% on their profits worldwide, up from 18% and 17% respectively under current rules, the report found.

For all the talk of taxing the rich, Biden’s proposals, and the international tax deal, face serious hurdles before they’re adopted.

While some of his fellow Democrats, who narrowly control Congress, are pushing for more radical changes to the taxes of estates and wealth, others are hesitant.

The next step for the global tax negotiations, which were launched years ago by the Organisation for Economic Cooperation and Development and have involved roughly 140 nations, is to win agreement among the Group of 20 countries. Finance ministers for the G-20, which collectively oversee about 90% of the world’s economy, will meet in July in Venice.

Stumbling blocks to reaching a deal by year-end include China, which may seek exemptions from the minimum tax.

Still, there are hopes the global effort “puts an end to the craziness,” said Pascal Saint-Amans, director of the center for tax policy at the OECD. “You had loopholes everywhere and nobody was taking care of that. It’s undermining the very goal of capitalism and a free-market economy.”

Good on them, we need lower tax rates for corporations in SA.. The only arguments I see in the article for increasing tax rates is to avoid “resentment”, this is not an argument and by extension immoral. 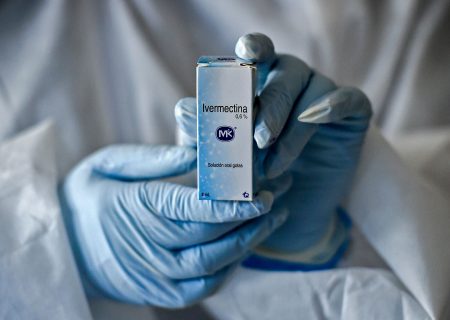