After trillions in losses, Asia’s stock rout looks far from over

China’s Covid curbs and rising US interest rates are set to exert further pressure on the MSCI Asia Pacific Index.
By Ishika Mookerjee, Bloomberg 10 May 2022  14:24 All signs point to more losses ahead for Asian equities after a four-month slump that has wiped out over $2 trillion in value.

China’s Covid curbs and rising US interest rates are set to exert further pressure on the MSCI Asia Pacific Index, which has fallen almost 20% from a high reached in January. That’s led to the gauge trailing its US and European peers by more than three percentage points since then.

The rout marks a triple whammy for Asia’s investors as regional bonds and currencies also reel under the weight of a stronger dollar and a slowing Chinese economy. Bearish calls on US stocks from Morgan Stanley and Goldman Sachs Group Inc. suggest that equities as a whole may suffer further declines before reaching a turning point. “If we see a reversal in China’s Covid Zero policy and a genuine re-opening of the economy, that by itself would provide quite a change in sentiment toward Asian equities,” said Sat Duhra, a portfolio manager at Janus Henderson Investors.

For now, that looks unlikely. Beijing doubled down on its Covid strategy last week even as pressure grows for it to relax curbs that are weighing on economic growth. China’s deep trade and tourism ties with Asia mean that the lockdowns in major cities such as Shanghai are likely to worsen price pressures, although some factories are gradually resuming production.

Chipmaking giant SK Hynix Inc., Uniqlo owner Fast Retailing Co. and Tata Motors Ltd. are among companies in Asia that have warned of the impact of China’s shutdowns on earnings. Forward estimates for the MSCI Asia Pacific Index have dropped about 4% since a March high. “If China lockdowns were to extend throughout the second quarter and beyond, we expect supply chain disruptions would meaningfully start affecting almost all global hardware companies,” with the most direct impact in Asia, said Ashish Chugh, portfolio manager for global emerging markets equities at Loomis, Sayles & Company.

China’s stock benchmark CSI 300 remains in a bear market, and this is contributing to the drop in the regional gauge as mainland and Hong Kong shares together account for about a quarter of its weighting. BlackRock Inc.’s research unit, which turned “modestly positive” on Chinese shares in October, cut its call to neutral on Monday. 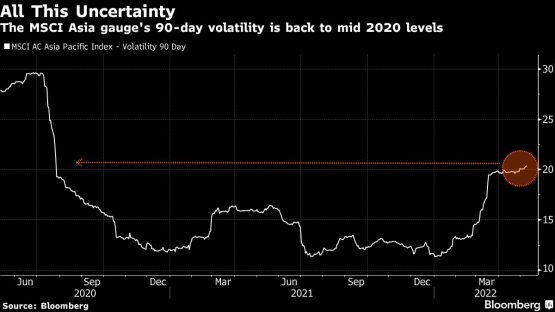 Meanwhile, global headwinds abound. Traders are pricing in more than 175 basis points of increases in the Federal Reserve’s policy rate this year, which will likely send the dollar higher. This risks making borrowing and refinancing more expensive for Asian companies.

Foreign funds have withdrawn a net $41 billion from shares in Asia excluding China this year, according to data compiled by Bloomberg.

“We are neutral Asia ex-Japan equities,” BlackRock Investment Institute strategists including Jean Boivin and Wei Li wrote in a note. “China’s deteriorating macro outlook is a worry, and policymakers have yet to fully deliver on promises of easing.”

Still, the resource-linked markets of Australia, Indonesia and Malaysia may be the bright spots as commodity prices remain elevated. Southeast Asian shares will also be boosted as regional economies reopen their borders to tourists. 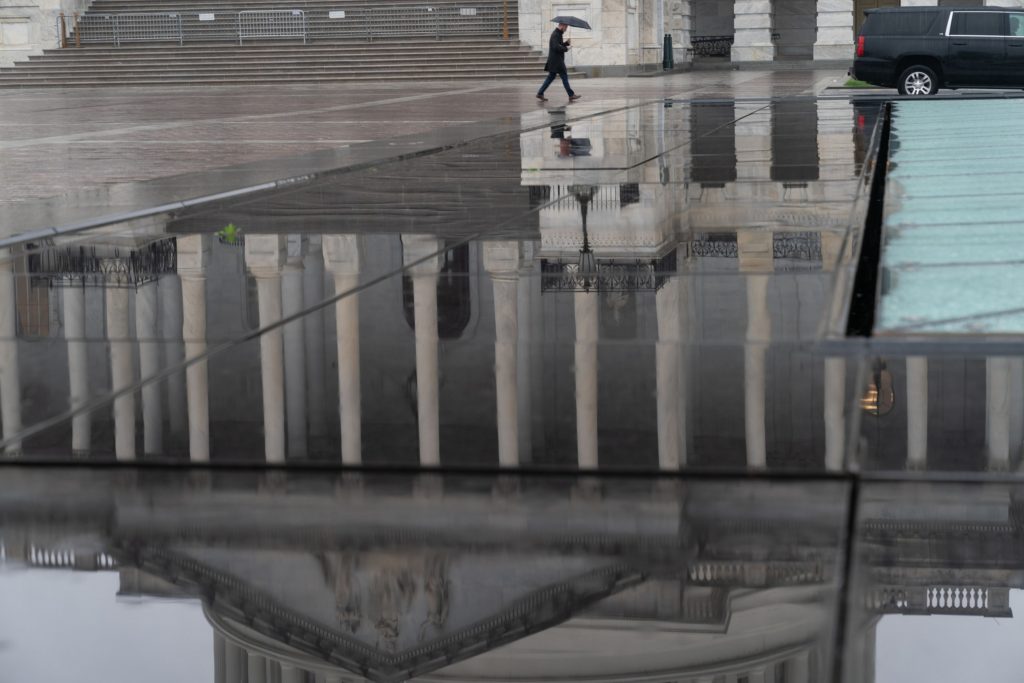