The markets have once again taken a pounding, with the FTSE/JSE Africa All Share Index (Alis) closing down 7.60% to 40 819 points.

The selloff continues a downward trend brought by concerns about the economic fallout of the Covid-19 virus, which has infected 162 000 people around the globe and resulted in 6 500 deaths. So far, 62 South Africans have contracted the virus.

The Alsi has fallen 32.6% since the beginning of the year. Last Thursday it closed down 9.7% – the biggest single-day drop since 1997.

The scale of the selloff has been staggering says Wayne McCurrie, portfolio manager at FNB Wealth and Investment.  “The market panic around the global coronavirus outbreak first hit the JSE around 17 February. The overall Alsi was valued at around R7.3 trillion back then, however, by Friday last week it stood at R5.5 trillion following last week’s rout.”

“With the JSE Alsi down more than 10% by 2pm on Monday, the total stock market will have lost another R500 billion, bringing the total plunge to since mid-February to more than R2.3 trillion.”

President Cyril Ramaphosa said government will take drastic measures, which includes the closing of schools, and restrictions on travel and gatherings of more than 100 people, as ways to combat the deadly virus

These efforts have not stemmed the fallout in markets, with share prices continuing to slide despite assurances that the cabinet is putting together an economic stimulus package to deal with the detrimental impact from the actions taken to combat the virus.

By mid-afternoon on Monday the biggest percentage fall was that of workforce solutions company, Adcorp which dropped almost 64% to R2.67. This was followed by Investec plc, which saw its share price fall 42.14% to R37.60.

Sasol, has continued its decline, falling 12% to R44.74. The chemicals and petroleum group has crashed by 83.29% since the beginning of the year. Moody’s has downgraded its long-term credit rating to Ba1 from Baa3 and its short-term rating to Not Prime from P-3.Investec’s shares also fell, but the 44.48% to R28.91 collapse in its valuation happened at the same time it was unbundling its asset management business, Ninety One.

The Top 40 was not spared, with the index for South Africa’s largest companies by market capitalisation falling 11.59% to 34901. Like last Thursday all the Top 40 shares were down. Mining company Sibanye Stillwater, for example, fell 21.43% to R21.15.

Worth buying a bit of market panic today. Black swans come by once every few years.

It’s a buyers market out there today. Discounts plentiful.

Wait abit longer… I think it will collapse even further

Not just yet! More discounts coming!

Only if it recovers which is by no means certain.

You think it’s safe ahead of ratings?

If parliament restricts activity the the ANC MPswill will go from doing nothing to less than nothing.

If parliament is suspended for a whole year and Luthuli House is shut down permanently, the GDP will grow by 5% annually and unemployment will come down to 2%.

I just wish i had more cash to invest, will probably never get prices like this again in my life time.

This is an almost unprecedented knee jerk reaction by the markets,keeping in mind that the global economy is not in a recession as yet,things might still get uglier.

To compound that,the federal reserve has almost emptied its ammunition along with other central banks. Ofcourse valuations are very low but with this kind of market action one can’t say a recession is priced in for sure.

Let us see but this may be an “emperor has no clothes” moment. As I saw it, stock prices worldwide were not being driven up, not by performance but by QE, pension etc money needing to find a return. This is where increasing indexes were attractive. But was there substance? All will be revealed.

I would have thought that the Investec fall was more related to the separation and separate listing of their asset management business?

Just a thought….If you are prepared to ban gatherings and close schools, what of public transport, like taxis where you cannot keep a ‘social distance’???

Is it not irresponsible of Government to not ban the use of taxis for the next few months??

Forget coronavirus, worry about the world’s financial system that is designed for the few to profit off the chaos.

Ban excessive usury and the ability for short selling.

Is coronavirus in the townships yet? 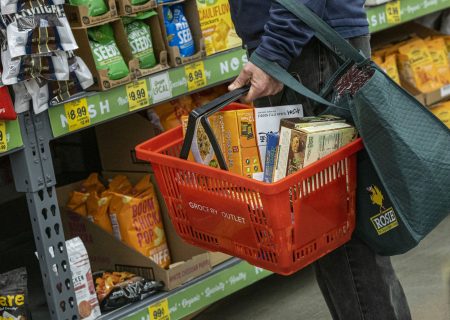