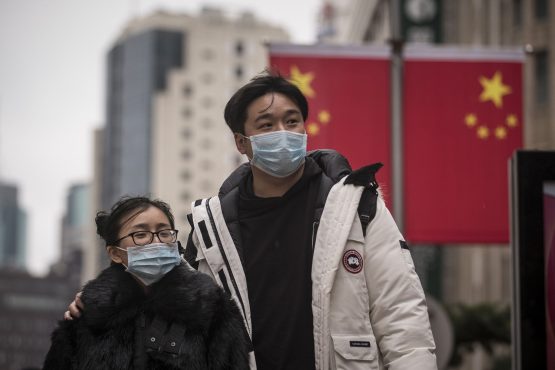 Asian markets took a big hit with thin trading volumes on account of the Lunar New Year holiday, while the yuan fell in offshore trade to its lowest level in three weeks.

The rand was on track for its worst day in more than two weeks.

MSCI’s index for emerging market stocks shed 0.7%, while the currencies index fell 0.3%. Both indexes had registered their first weekly decline since early December on Friday, bucking a seven-week rally.

Fears around the potential economic damage the coronavirus outbreak in China could cause battered risk appetite, as the death toll rose to 81 on Monday.

“The Wuhan virus will of course hang like a shadow over financial markets this week,” Jeffrey Halley, senior market analyst, Asia Pacific at OANDA wrote in a note.

“With asset markets pumped up on hopes of a global post-trade deal recovery and cheap central bank money, an unexpected growth shock could leave them particularly vulnerable to a potentially strong downward correction.”

The South African rand was down just over 1% to 14.5467 against the dollar by 15:01, as it tested its biggest one-day percentage decline since January 10.

The South African currency has come under strain in January as demand was hurt by weak growth outlook for the economy after the International Monetary Fund and South African Reserve Bank downgraded their growth predictions earlier this month.

South African stocks slid over 2% to over a one-month low in intraday trade, after a set of weak corporate earnings reports. Retailer Woolworths fell 4% after a profit warning. Among other currencies, the Turkish lira edged slightly lower against the dollar, while Russia’s rouble also weakened.

In SA we are more worried about politicians opening their mouths or the effects of State Capture.

Some people are even scared to receive packages from China.

What a load of BS?

Some say people are over reacting, but if you listen to this clip, we might not be doing enough.
https://www.youtube.com/watch?v=Nk5P_iRYwTY&fbclid=IwAR08LDrM1bcmwwCTbe7crNdd02ZBrxUmlQqMegtXBkfxO3BZO03oJBIaMGo