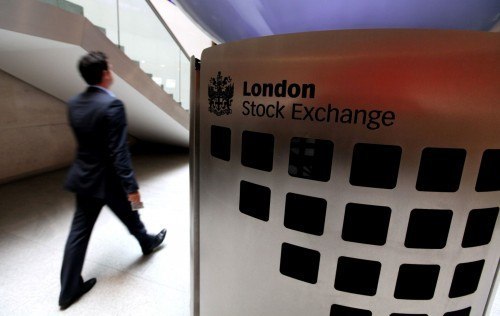 AB Foods, the owner of Primark, gained 5.1% to 3,082 pence to be the top riser on the blue-chip FTSE 100 after it posted robust results, maintaining guidance and with a small rise in revenue.

“(The) trading update confirms the group is on track for the full year … while there are some generally encouraging undertones we believe,” Credit Suisse analysts said in a note. While they left estimates unchanged, they rate the stock as “outperform” with a target price of 3,250p.

“No change to our estimates … but some encouraging comments here on Primark and Sugar.”

The rise partly counteracted a 5.7% slide in the previous session after Britain’s finance minister announced a cut in tax breaks for landlords. Barratt’s chief executive said that the market reaction on Wednesday was “very overdone”.

“Strong set of results from Barratt… the sector was weak after the budget yesterday but this is not anything too concerning,” Guardian Stockbrokers directors, Atif Latif, said.

“The drop yesterday allowed investors to buy back into the sector and Barratt. The market continues to see the housing sector in the sweet spot of a growth area that will continue to flourish.”

Other housebuilders also rebounded, with Taylor Wimpey and Persimmon up 4.9% and 4.2% respectively.

Elsewhere, mid-cap power producer Drax, which saw its share price slide 28% following Wednesday’s budget, also rallied. It rose 7.4% after it said the changes to tax exemptions on green power would have less of an impact than some traders had feared.

Miners also benefitted from a commodity price rally, with the sector buoyed by a respite in China’s stock market sell-off after measures were announced to support the stability of capital markets in the world’s biggest metals consumer.