That could be good news for bulls hoping the latest rebound has room to run.
By Denitsa Tsekova, Bloomberg 8 Dec 2021  07:57 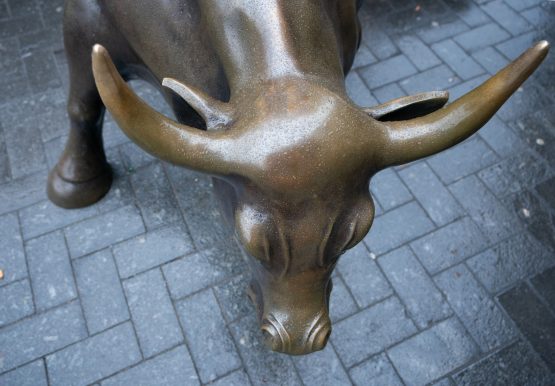 The mood among the normally ebullient day-trading crowd has turned sour when compared to Wall Street pros. That could be good news for bulls hoping the latest rebound has room to run.

Research from SentimenTrader shows the amateur crowd has been suffering from a crisis of confidence of late, with their beloved speculative stocks falling out of fashion last week on monetary-tightening bets. By contrast, the smart money at big institutions has remained relatively bullish through the recent volatility.

On a scale of 1 to 100% with 100 being the most optimistic, the firm’s Smart Money/Dumb Money model shows professional sentiment still sits near pandemic highs of 75%, as of Monday. For retail investors, it’s just 33%.

In the past, when the retail cohort veered so far away from their institutional peers a rally lasting several months followed.

“When we see it this wide it does tend to precede higher markets over the next few months,” Jason Goepfert, director of research at Sundial Capital Research and SentimenTrader, said in an interview. “The big exception is when we’re transitioning from a bull market to a bear market.”

The sentiment indicator reflects positioning in futures and options, and breadth of the selling pressure. The smart money, including institutions and corporate insiders, follows a group that typically buys into declines and sells into rallies.

A Goldman Sachs Group Inc.-compiled basket of the 50 most-popular retail stocks was among the big winners Tuesday, climbing as much as 4% for the biggest intraday jump since January. That compares with a gain of 2.6% for stocks favored by mutual funds.

“We’re seeing that especially in the options market, small traders in particular really pulled back in the last couple of weeks,” Goepfert said.