Investors are primed for the dollar to climb next year. But the juiciest trades may be over even before 2021 ends.
By Ruth Carson and Payne Lubbers, Bloomberg 29 Dec 2021  07:30 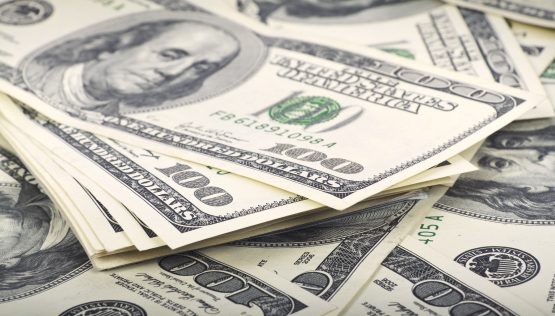 Investors are primed for the dollar to climb next year. But the juiciest trades may be over even before 2021 ends.

Everyone from Morgan Stanley to Sumitomo Mitsui Trust Asset Management to Lombard Odier predict a stronger greenback in 2022 — with the caveat that its advance will be tempered. That’s because traders have been front-running a hawkish Federal Reserve, opting to buy the world’s reserve currency against virtually all of its peers before borrowing costs rise.

“The dollar is expected to strengthen in the first half of 2022 as the Fed likely ends tapering in March and starts raising rates in June,” said Naoya Oshikubo, chief manager at Sumitomo, which oversees about $740 billion in assets. The greenback may surrender some of its gains in the second half, though “its adjustments will be moderate, just to remove the excess rally related to the heightening expectations prior to rate hikes.” 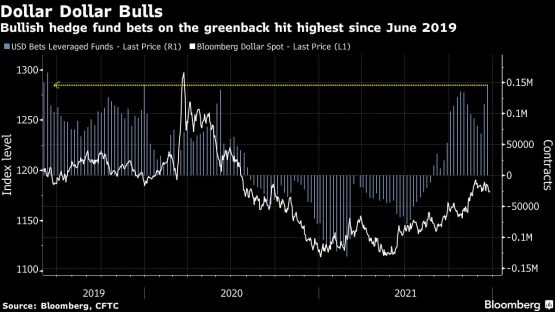 Up around 5% this year, the Bloomberg Dollar Spot Index is poised for its best annual gain in six while fund positioning has turned the most bullish since 2015, according to a Bank of America Corp. survey. Hedge funds’ net long bets on the currency have climbed to the highest since June 2019 as anticipation builds around the impact of tighter US monetary policy.

It’s a dramatic U-turn from this time last year when shorting the dollar was one of Wall Street’s most crowded trades.

That hypothesis of a bigger US deficit and a broad global recovery favoring assets outside America and weakening the greenback didn’t pan out. Instead, the Fed’s monetary stimulus helped fuel a rally on Wall Street that sucked more money in from around the world while most emerging markets languished.

Now, with traders gearing up for rate hikes, some are suggesting dollar gains may falter in 2022, or that the currency may even drop.

“Historically the dollar has traded with strength in the six months preceding the first US interest rate hike,” said Arjun Vij, portfolio manager at JPMorgan Asset Management who sees the greenback gaining against the euro, Swiss franc and yen. But with two-to-three rate increases already baked into markets, “there is the possibility that the bond market tries to price a policy mistake in the US” Inflation risk is on Morgan Stanley’s radar, even as the firm recommends long dollar positions against lower-yielding currencies including the euro.

Should inflation decelerate next year, some members of the Fed committee could argue for patience in raising rates, said David Adams, head of G-10 FX strategy in New York.

“That policy divergence narrative pivoting to a policy convergence narrative — where maybe the Fed is a bit more dovish than people were expecting, but other major central banks are starting to move toward the exit — that would be most likely negative for the dollar,” he said.

Meanwhile, Mirae Asset Global Investments money manager Malcolm Dorson sees an opportunity for dollar momentum to reverse in 2022 as US fiscal stimulus rolls off and vaccination rates taper while the rest of the world picks up.

“As global vaccination rates improve and the world begins to live with Covid-19 as an endemic, the ‘flight-to-quality’ trade should unwind, providing more tailwinds for international currencies,” Dorson said.

The prospect of a short omicron wave followed by a global recovery that brings a measure of dollar weakness is a possibility for Eric Stein, chief investment officer of fixed income at Eaton Vance.

All this points to tactical dollar trades in 2022 with strategists expecting the ICE US Dollar Index to climb just a tad over 1% by the fourth quarter, according to data compiled by Bloomberg.

“It’s about modest dollar strength and more nuanced views,” said Homin Lee, a macro strategist at Lombard Odier in Hong Kong. The firm, which currently holds long dollar positions across some portfolios, sees the euro weakening to 1.10 per dollar and the onshore yuan slipping to the 6.45 level by the third quarter.

“The main driver for the dollar will be higher interest rates, but the issue is that a lot of it is already baked into markets,” said John Vail, the firm’s chief global strategist in Tokyo. “There’s dollar strength ahead, but don’t expect it to be spectacular.”