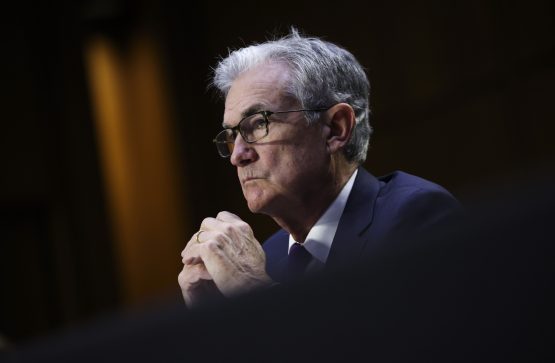 Emerging market stocks surged 1.5% on Wednesday to scale seven-week highs, while most currencies firmed against a slightly weaker dollar, after US Federal Reserve Chair Jerome Powell’s comments at a congressional hearing were less hawkish than expected.

With US inflation data later in the day expected to show a rise to its highest in decades, speculation for four rate hikes this year had gathered pace. But Powell did not stoke hawks, revealing not much beyond what was already signalled.

MSCI’s index of emerging market currencies hit its highest since September, while gains across bourses put the stocks index on track for its best session in over a month.

“Powell’s renomination hearing confirmed what the market had already priced in … At this juncture, a March lift-off (in interest rates) should do little to change the tone in the FX complex,” said strategists at TD Securities.

“With quantitative tightening seemingly kicked into H2 2022, we think risk markets and some currencies stand to tactically benefit.”

Russia’s rouble gave up early gains to trade steady, ahead of Moscow’s talks with NATO later in the day, with prospects for breakthroughs slim. Russia staged live-fire exercises with troops and tanks near the Ukrainian border on Tuesday.

If there is no escalation in the situation after talks, the risks are more or less in the price of the market, said Elena Lovén, senior portfolio manager, EM equities at Swedbank Robur.

“With that scenario, Russia has a decent upside because the economy is in good shape, the companies are growing and the dividend yield is high.”

Russian stocks were up 0.5%, but about 11% below record highs hit in October.

Turkey’s lira fell 0.1%. Opinion polls show that more Turks now believe an opposition alliance is better suited than President Tayyip Erdogan and his ruling AK Party to end the economic turmoil that has engulfed their country.

The Czech crown remained close to over nine-year highs against the euro, after data showed inflation came in broadly in line with expectations.

Sri Lankan bonds were broadly unmoved, showing scepticism over a resolution of the country’s debt issue even after central bank assurances.