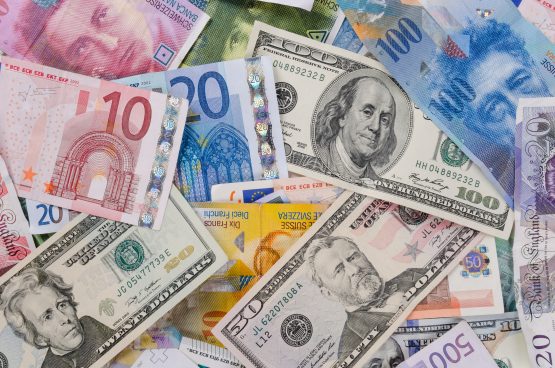 An index of emerging market shares steadied on Thursday after rallying higher for four straight sessions as China stocks slid, while most currencies firmed with the dollar in the red after US monetary policy stance was seen as largely unchanged.

Hawkish bets rose over the past few days, but in-line US December inflation and the Federal Reserve Chair maintaining his stance sent the dollar and US Treasury yields lower, even as the case for a March rate hike strengthened.

This aided moves into riskier assets, sending the emerging markets currency index to over four-month highs in its fifth straight days of gains.

Russia’s rouble gained after a day’s pause on Wednesday. US is largely settled on Russia sanctions if it invades Ukraine, officials said, with measures in line with US President Joe Biden’s vow to hit Russia with severe economic consequences.

Russia said the situation was “very dangerous” and the way forward was unclear after talks with NATO. Moscow is set to hold talks with the Organisation for Security and Cooperation in Europe on Thursday.

“We recently changed our base-case that geopolitical risk would only create periodic volatility for rouble assets. We now anticipate a steady higher risk premium leading into Russia’s 2024 presidential electoral cycle, and will be adjusting our USD-RUB forecasts accordingly,” said Tatha Ghose, FX and EM analyst with Commerzbank.

Turkey’s lira skid 2% against the greenback on monetary policy worries, looking to give back Wednesday’s 4% surge. Covid-19 cases hit a daily record of almost 78 000 in the country.

MSCI’s index of emerging shares was flat as losses in China, South Korea, Russia and South Africa were offset by gains elsewhere.

China property firms continued to be dogged with default worries, with Shimao and Yuzhou sliding 9.4% and 6.9%, respectively, while the market is also waiting to see whether China Evergrande Group gets onshore bondholders to agree to an extension.