Minutes of the meeting, said most policy makers ‘noted that, if inflation does not move down as they expect, it would be appropriate for the Committee to remove policy accommodation at a faster pace than they currently anticipate.’
By Craig Torres and Steve Matthews, Bloomberg 17 Feb 2022  07:42 Federal Reserve officials concluded in January that they would start raising interest rates soon and were on alert for persistent inflation that would justify a faster pace of tightening.

Minutes of the January 25-26 Federal Open Market Committee meeting, released Wednesday, said most policy makers “noted that, if inflation does not move down as they expect, it would be appropriate for the Committee to remove policy accommodation at a faster pace than they currently anticipate.”

But the minutes preceded data since then showing a roaring job market and a further jump in inflation that’s spurred more hawkish bets in markets. Investors see at least 150 basis points of tightening in 2022, up from 75 basis points just a few weeks ago, as the evidence continues to show a bubbling economy that’s experiencing the fastest price growth in 40 years.

The minutes report “tells us that they will raise the fed funds rate in March, and that a 50 basis point rate hike is in play,” said said Gus Faucher, chief economist for PNC Financial Services Group. “Given that the economy appears to be at full employment, it depends on what inflation looks like ahead of the meeting. Some participants could be looking at the strong January CPI report as a reason to raise by 50 basis points in March.”

US consumer prices rose to a four-decade high of 7.5% in January. In the labour market, employers added almost half a million new jobs last month despite record Covid-19 cases, and wages surged. Fed officials will have the February data in hand for both reports before it meets next month. While the minutes highlighted the importance of “maintaining flexibility,” the record contained few new details on the size of the rate hike anticipated in March, nor on the Fed’s plans to shrink its bond holdings — a lack of information that investors took as a dovish sign as the S&P 500 erased losses and two-year Treasury yields fell.

“With no explicit discussion of a date to begin balance sheet runoff, or of the idea of a 50 basis point hike in March, the minutes are on the less-hawkish side of expectations,” said Ian Shepherdson, chief economist at Pantheon Macroeconomics. “But they aren’t the last word on anything,” given the worse-than-expected inflation and wages data released since the meeting.

Fed officials, responding to high inflation, have sped up the taper of their asset purchases and are on track to conclude the program by the middle of next month. During the meeting, the FOMC discussed balance sheet runoff plans and that debate was reflected in the minutes.

“A number of participants commented that conditions would likely warrant beginning to reduce the size of the balance sheet sometime later this year,” the minutes said.

In a statement released at its January meeting, the Fed said it expects the process of balance-sheet reduction will commence after it has begun raising rates. It also spelled out a plan to “significantly” shrink the balance sheet over time, while in the longer run holding mainly Treasury securities, implying a desire to shed most of the $2.7 trillion of mortgage-backed securities that it also currently owns. Chair Jerome Powell told reporters in January that US labour market conditions were consistent with maximum employment. In the minutes, the Fed flagged, among other risks, “persistent real wage growth in excess of productivity growth that could trigger inflationary wage–price dynamics.”

The minutes noted “the possibility that longer-term inflation expectations could become unanchored,” though a blog post from the New York Fed’s Liberty Street Economics series earlier this week said that US consumers don’t expect red-hot inflation levels to last over the next few years. 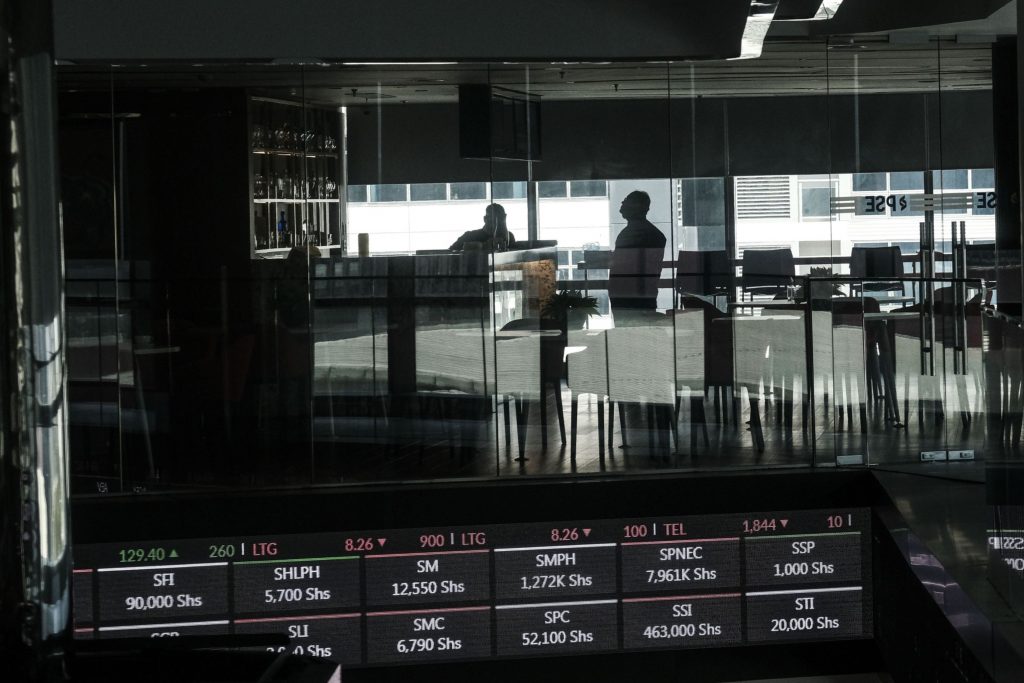