How high could petrol go?

There is very little government can do to cushion the blow of high oil prices.
By Adriaan Kruger 9 Mar 2022  00:01 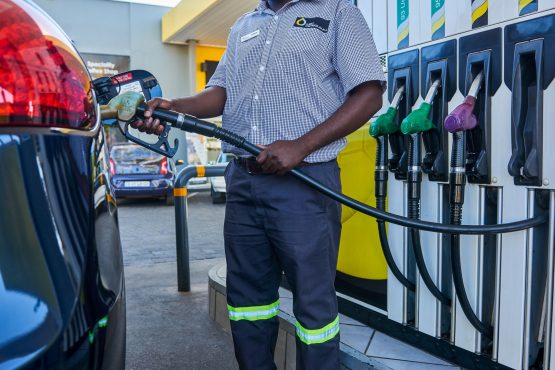 Speculation of the petrol price increasing to R40 per litre on the back of oil prices spiralling to the highest level since 2008, due largely to the Russia-Ukraine conflict, seems either a bit premature or an exaggeration.

The oil price would have to increase by a lot more, or those flouting a petrol price of R40 expect the rand to take a huge knock.

If the current exchange rate of around R15.33 per dollar holds and the oil price remains consistently at around $130 per barrel, the petrol price is likely to increase further next month, but it will probably be around the R25 per litre mark.

It would be another new record indeed, but still far from R40.

Around 52% of the petrol price – R11 per litre of the current fuel price of around R21 – represents the actual cost of fuel. This basic fuel price is largely determined by world oil prices and the exchange rate of the rand against the dollar, as well as the cost of refining crude oil to produce petrol, diesel and related products.

The other R10 goes to ‘fixed’ costs, including transport, storage, distribution and suppliers’ profit margins, as well as taxes and levies.

The oil price would need to go much higher and stay high for at least a month to push the basic fuel price to R30 and the retail price to R40 per litre.

Hugo Pienaar, chief economist of the Bureau for Economic Research at Stellenbosch University, says the petrol price could “theoretically” go as high as R40, but this seems unlikely to happen soon.

“The oil price would need to add at least another $50 per barrel and stay at higher than $175 for a month to push the petrol price to R40, depending on the exchange rate,” says Pienaar.

The highest the oil price has ever been was $147 per barrel, one day in July 2008. At the time, commentators believed the oil price would never fall below $100 again, only to see it fall to less than zero in 2020 when the Covid-19 pandemic reduced demand to such an extent that storage costs exceeded the value of oil held in storage facilities.

The price of Brent crude Two days mean nothing in financial markets, but Brent crude is already lower at $125 per barrel compared with the high of $139 on Monday morning (March 7).

Most analysts, such as those at Trading Economics, don’t see oil prices staying high for long and expect Brent crude to trade at no more than $92 per barrel again by the end of March.

Trading Economics sees Brent crude, a major benchmark for global oil prices, falling to around $85 per barrel in 12 months’ time.

Meanwhile, the rand has strengthened lately on the back of a strong boost in commodity prices, despite the weaker trend in the exchange rates of most emerging economies since the start of the Ukrainian crisis.

The Department of Mineral Resources and Energy (DMRE) said in its latest petrol price announcement that a stronger rand reduced pressure on the petrol price.

“This led to a lower contribution to the basic fuel prices on petrol, diesel and illuminating paraffin,” according to the department.

This 37% increase in rand oil prices – if it stays unchanged for a month – will push the pump price of petrol to R25 per litre in April.

Read:
Brace for even higher fuel prices SA
What a ban on Russian oil may mean for an already chaotic market

The Automobile Association (AA) has been calling on government to relook taxation on fuel for a long time.

“The massive fuel increases will have a sharp and immediate effect on the poor, and a long-term impact on inflation. It will hurt all South Africans,” said the AA in its commentary on the most recent petrol price announcement.

“Our country faces enormous and complex economic challenges. High fuel prices are adding to these challenges and instead of accepting the current model, we must seek solutions that benefit consumers, not place them in more financial distress.

“One immediate solution for us, for instance, is to review the funding of the poorly managed Road Accident Fund (RAF),” says the AA.

“Our reliance on the RAF is a direct result of South Africa’s poor road safety and that’s where more attention needs to be given for a long-term solution.”

One can surmise that the AA’s petition calling on Finance Minister Enoch Godongwana to review the fuel price was successful, as he announced a review of the calculation process when he tabled the 2022 Budget.

Godongwana also offered slight relief motorists, when he decided not to increase the fuel levy for the first time in a national budget in decades.

Read: Budget highlights: What you need to know

However, there seems to be not much more that government can do to reduce petrol prices, save for reducing taxes and levies, and enforcing lower profit margins in the industry.

A look at the composition of the petrol price indicates that only small changes are possible, if at all.

All the taxes come to only around R4 per litre, while the RAF gets R2.18 per litre.

Pienaar says there is nothing government can do in the short term. “The finance minister announced in the budget that Treasury and the [DMRE] will reconsider the methodology to calculate the petrol price, but this will be a long process.”

“The finance minister already made a concession by not increasing levies and taxes this year. Overall, we are at the mercy of oil prices and the exchange rate. Remember, we import all our oil.”

He says government must look at fixing passenger rail services. “Even before the sharp increase in petrol prices, people had to use more expensive taxis to get to work as trains are unreliable.”

He adds that fixing rail transport is however “also a long term project”.

The AA says the outlook for petrol prices in April remains unclear, but it expects that Russia’s military action in Ukraine could push international oil prices even higher which will again impact local petrol prices.

“The response from the European Commission, as well as from its allies, doesn’t bode well for oil price stability,” it says.

“For now, it’s a question of wait and see how these prices move in the next few weeks.”

“nothing the government can do” ne !!
How come the fuel we supply to Botswana, Zimro, Lesotho and Swaziland is so much cheaper per liter over there??? Just the fuel levy is 18.5 % of the total price !!

Just rubbish from the author. Dissolve the RAF and introduce a private insurance requirement and save the full levy for these ANC aligned criminals. Never happen.

When Biden declared sanctions against Russia he made it very clear that Russia won’t be able to sell their oil, gas, and other commodities in euro, yen, or dollars anymore. The motivation for war lies in that innocent-sounding phrase that nobody pays any attention to.

Before any country can buy oil, for instance, they need dollar reserves, which implies they have to lend money to the USA, by buying US government bonds, at interest rates that are determined by the US itself. The fiat currency regime, combined with the dollar’s reserve currency status, enables the USA to print currency out of thin air, and then exchange that currency for real commodities. Giscard d’Estaing referred to this arrangement as the “exorbitant privilege.”

More than 80% of the international commodity trade takes place in terms of the dollar. After the USA went bankrupt and defaulted on its dollar debts with the Nixon Shock of 1971, when the US went off the gold standard, they soon adopted the “oil standard”. The dollar is basically backed by oil. The gold standard was replaced with the oil standard. The demand for oil creates a demand for dollars and the price of oil determines the value of those dollars. The situation in Ukraine is a consequence of a whole chain of events that started with the Bretton Woods agreement and escalated with the agreement of the Saudi Royal family to tie OPEC to the petrodollar standard.

A similar monetary reality motivated the Queen to atack the Boers when they discovered the biggest gold reserves in the world at the Witwatersrand. The Empire was on the gold standard at the time and they could not allow the Boers to be in control of their monetary affairs. That led to the Anglo-Boer war. Many innocent lives were lost, atrocities took place and a nation was dumped in poverty for decades to come. This describes the importance of monetary affairs to reserve currency nations. When they lost their gold, the British Empire began to crumble. This is exactly what awaits the USA when they lose control of the petrodollar system.

In 2014 Putin declared that he won’t be buying US government bonds with the proceeds of commodity trade and that he will start selling commodities in terms of the euro and yen. Recently, Putin gradually began to sell increasing amounts of Russian commodities to China, Germany, and Japan in terms of those particular currencies, sidestepping the US dollar.

This motivates informed and sophisticated spectators to ask this question -Whose interests are served by this war?

The serious reader will find enlightenment in these words of retired US Senator Ron Paul. https://archive.lewrockwell.com/paul/paul303.html

that R2.28/liter legislated retail margin on petrol is offensive for a bulk industry with no value added by retailer