Is this the beginning of the deleveraging of the JSE?

Interest paid by the Top 40 companies dropped 30% in 2021. As interest rates start to rise, companies are starting to overhaul their balance sheets.
By Ciaran Ryan 3 Jan 2022  00:01 An analysis of the JSE shows a drop in liabilities and interest-bearing loans on the balance sheets of listed companies. As interest rates start to spike higher, could this be the start of a more sustained de-gearing by JSE companies?

The graph below shows how the companies on the JSE used record low interest rates to ramp up borrowings, restructure balance sheets and build war chests to carry them through the fog of uncertainty whipped up by Covid. Total debt on all JSE companies, excluding banks, increased 12% between 2019 and 2020, at a time companies were scrambling to get their hands on cash from any source whatsoever. Many declared dividend holidays to fatten their war chests, though the evidence suggests the distribution spigots have once again opened in 2021. The graph above looks at the JSE Top 40, excluding the banks.

It’s clear the decision to take on more debt in 2020 was a gamble worth taking, as the amount of interest paid dropped by about 30%.

Some of this would have been the result of debt restructuring and loan repayment holidays negotiated with funders, but most of it was due to lower interest payable on existing and new loans.

Many of the Top 40 companies announced dividend holidays or simply trimmed dividend payouts, but as the graph below shows, while the post-Covid economic boom allowed for a resumption of dividend payouts in the course of 2021, we are still not back at the level of 2019. Dividend payouts were 15% lower in 2020 compared to 2019. When it became clear that economic catastrophe had been averted, companies increased dividend payments by an average 5.5% in 2021.

“Remember, banks were required to hold back on payouts during 2020. Other entities also followed suit in an effort to bolster balance sheets in anticipation of tougher times,” says Adriaan Pask, chief investment officer at PSG Wealth. Terence Hove, market analyst at Exness Africa, notes that debt levels were already on the rise from 2017 to 2019 in anticipation of a drop in interest rates. “I recall the July 2018 SA Reserve Bank (Sarb) interest rate cut caught the market by surprise. Then from the end of 2019 going into 2020, we saw the start of historic low interest rates leading to cheap money which was a good time to either restructure loans or enter into new contracts, including home loans.”

The sudden arrival of cheap money, coupled with the retained dividends, fattened the cash purses of companies – exactly as one might expect in times of crisis.

Hove says the drop in total interest bearing loans on company books as we enter 2022 signals a potential de-leveraging of balance sheets as the interest rate cycle has now turned. “At the last Sarb meeting, Governor Lesetja Kganyago sounded very hawkish about possible hikes at every meeting in 2022.”

Several property companies, faced with lower occupancies as tenants shut down offices altogether or reduced office space demands, were among the most aggressive in cutting borrowings.

Sasol cut its debt by close to R60 billion over the last financial year, mostly through asset sales, including the Secunda Air Separation Units, which was used in part to pay down US dollar-denominated debt. Its balance sheet shows total fixed assets down by a third over the last two financial years, with cash holdings more than doubling to R31 billion.

Shoprite, Pepkor and Sibanye Stillwater also made hefty cuts to debt over the last year to beef up balance sheets and proof them against economic chocks.

Companies like Afrimat stepped up borrowings to make acquisitions and strengthen their presence in the mining space.

Also showing sizable increases in liabilities are companies like Coronation, Richemont, Dis-Chem, HCI, Naspers, Ninety One, OneLogix, Reunert, Steinhoff and Sygnia. Some appear to be keeping their powder dry to take advantage of opportunities as they come up, others are holding onto cash as a financial shock absorber, while some took advantage of the lowest interest rates in decade.

Adrian Saville, investment specialist at Genera Capital, points to several possible themes over the last year, including the suspension of dividend payments by some companies.

Another theme was the suspension of investment plans. Gross domestic fixed investment (GDFI) collapsed in 2020, so that cash/capex stayed on balance sheet, adds Saville. Internationally, yield curves have been flattening. Taking on longer-dated debt has not been this cheap for decades. There was also a number of corporate action stories that intervened over the last year to overhaul balance sheets.

It would also be interesting to see a graph of total cash on hand in JSE (excluding banks). 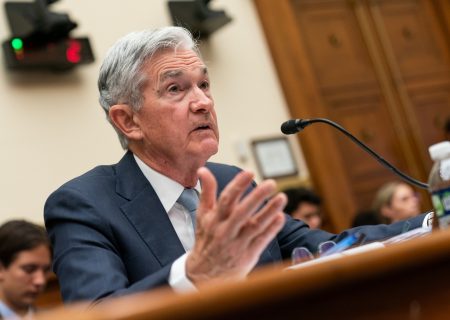