A look at what made market and company news last week and what’s expected this week.
Shaun Murison 15 Mar 2016  11:00 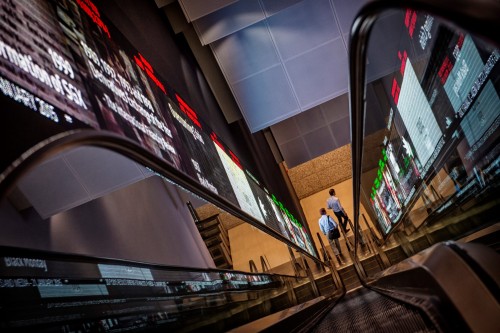 The rand was fairly resilient over the last week (as was the case with emerging market currencies in general) with strength, capitulating into the ECB meeting and subsequent monetary easing announced. However, comments from the central bank president Mario Draghi, that further interest rate cuts were unlikely, saw strength return to the euro against most major and emerging market currencies. Manufacturing production decreased by 2.5% in January 2016 compared with January 2015. The largest negative contributions were made by the following divisions:

Mining production decreased by 4.5% year-on-year in January 2016. The largest negative growth rates were recorded for copper, iron ore and diamonds. The main negative contributors to the 4.5% decrease were iron ore, copper and manganese ore. Gold was a significant positive contributor.

Banking counters were particularly weak over the last week, led by a dramatic selloff in FirstRand following its results release.

The company’s interim results revealed normalised earnings to have increased 9% against the prior year’s comparable interim period.

RMB Holdings interim results revealed normalised diluted earnings per share to have increased by 8.9% against the prior year’s comparative interim period.

Also within the sector, news of Old Mutual’s strategy to separate its underlying businesses (including Nedbank) and unlock value saw the following key proposals and motivations

The following results within the broader financial sector are as follows:

Rand Merchant Investment Holdings‘ interim results revealed normalised earnings to have increased by 4% against the prior year’s comparative interim period.

Sanlam FY 2015 results showed diluted headline earnings per share to have gained 11.6% against the prior year’s comparative. The net value of new life insurance business declined by 15%.

A summary of broader market results releases in the week were as follows:

African Rainbow Minerals interim results showed headline earnings to have decreased by 51% against the prior year’s comparative interim period.

Grand Parade Investments guided that the company expects a 92% to 100% decline in basic earnings per share for FY 2015 against the prior year’s comparative.

AVI interim results revealed headline earnings per share to have increased by 11.3% % against the prior year’s comparative interim period.

Global equity markets shrugged off a poor start to last week in the belated aftermath of another round of easing quantitative measures introduced by the European Central Bank (ECB). In Europe, the European Central Bank (ECB) announced the following monetary easing measures in an attempt to aid inflation and economic growth within the region: 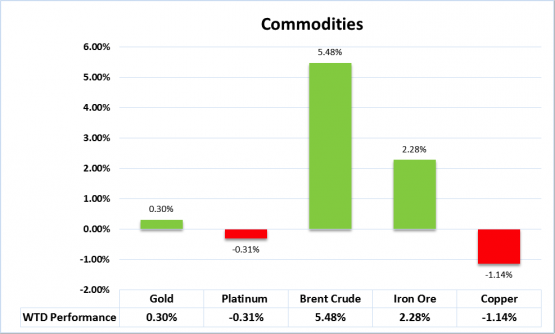 This week will see the conclusion of the Monetary Policy Committee (MPC) and South African Reserve Bank interest rate announcement, where rates are expected to remain on hold.

The following results are expected: