Markets volatility is only certainty for traders as war rages on

In for another volatile stretch, with Russia’s war in Ukraine upending financial markets.
By Rachel Evans and Payne Lubbers, Bloomberg 7 Mar 2022  07:20 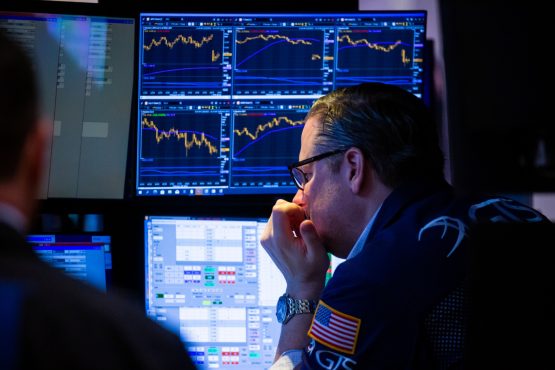 As the week kicks off in Asia on Monday, the only certainty for traders is that they’re in for another volatile stretch, with Russia’s war in Ukraine upending financial markets.

The US dollar will be in focus, after appetite for havens helped lift a gauge of the currency to its highest since July 2020 on Friday, and with the US Secretary of State saying the Biden administration and its allies are discussing an embargo of Russian oil.

The euro rose as trading opened in Asia, extending a recovery from the lowest level in almost two years. It hit that mark Friday as investors searched for ways to bet against the growing crisis in Europe. The modest gain in the euro in early Monday trading came after a decree allowing Russia and its companies to pay foreign creditors in rubles, potentially staving off defaults while capital controls remain in place.

Resource-linked currencies are set to be in the spotlight as war-related supply concerns boost prices for energy, metals and crops, as will the all-important US bond market. Meanwhile, China’s yuan could respond to signals that more domestic stimulus is on the cards.

Volatility has soared as investors attempt to digest the severity of the conflict, with accusations of “nuclear terrorism” amid reports Russia shelled an atomic power plant and as a flood of refugees exited Ukraine for other European nations. A gauge of swings in US Treasuries last week climbed to the highest in almost two years, as 10-year yields dipped below 1.7%, market liquidity thinned, and signs of funding stresses popped up in money markets. This week, traders must also navigate the last consumer inflation data available to the Federal Reserve before it gathers March 15-16 to consider raising rates, plus a closely watched meeting of the European Central Bank.

Fed-related swap markets are pricing in a quarter-point hike in March as slightly less than a certainty. That’s a notable shift from a week earlier, when an increase was fully priced in and there was around a one-in-four chance that it might be a half-point boost. A hotter-than-expected inflation print could put a 50-basis-point hike back on the table.

In Europe, meanwhile, where traders had been anticipating tighter policy later this year, markets now show far less conviction. The common currency is coming out of its worst week versus the dollar since early in the pandemic, and an almost 4% weekly decline against its Swiss counterpart that’s pushed the pair to levels unseen in the last seven years. Policy makers are ready to intervene if necessary, according to a Swiss National Bank governing board member.

Russian assets will also be a major focus, after the ruble capped its worst week in decades. Russia’s equity markets will remain closed until at least Wednesday as local exchanges look to dampen the impact of financial sanctions for domestic investors. That’s not a possibility for the debt market, which is grappling with whether the country’s bonds are or are not completely worthless.