When ZAR X settled its first trade in February this year, it was the first stock exchange transaction in South Africa to take place outside of the JSE in more than a century. With the FSB Appeals Board having dismissed an appeal by the JSE and 4AX against the granting of its licence, it also seemed that ZAR X had overcome all the hurdles to its operations.

However competitor 4AX has now launched a High Court application to have both the FSB’s decision to award ZAR X a licence and the subsequent ruling of the FSB Appeals Board to uphold that decision set aside. In a statement it argues that “the Registrar conducted an improper and unlawful process throughout ZAR X’s application for an exchange licence, and that his ultimate decision to grant ZAR X a licence was itself severely compromised and unlawful”.

4AX insists that its intention in launching the application is not to be anti-competitive.

“Exchange licence applications are, in our history, rare occurrences, of enormous public importance,” 4AX’s CEO Fariyal Mukaddam says in her submission to the court. “There is nothing routine about them. They are also complex matters that require exceptional care and expertise to conduct successfully. There is no room for short cuts or other administrative shenanigans in this process.”

She however holds that the FSB did not follow the required process when dealing with ZAR X’s licence application and did not allow for proper public consultation. This is because ZAR X published a first set of rules on which its application was based, but then modified these rules at a later stage. There was no public comment on this second set of rules.

She even goes so far as saying that the FSB appeared to manipulate the process “to avoid all public scrutiny and the entire public participation process prescribed by the Financial Markets Act (FMA)”.

“The decision itself was a foregone conclusion, as was its timing,” Mukaddam argues. She suggests that the regulator contrived to ensure that ZAR X met its publicised goal of going live by early September 2016.

ZAR X director Geoff Cook however believes that there was no flaw in the way the FSB acted.

“The process is simple,” he says. “The registrar publishes the proposed rules for public consultation. People can then comment on those rules. We as the exchange then amend our rules in light of those comments, and then the FSB decides whether or not to grant the license. It doesn’t go back into the public domain because if someone wanted to be obstructive they could just keep objecting.”

He also believes that 4AX’s argument fails because the FSB Appeals Board has already found that they were given the full record of the FSB’s decision, including the second set of rules.

“Yet they didn’t raise any more objections after receiving the updated rules,” Cook points out. “So even, hypothetically, if the process was flawed, they had full access and the opportunity to object but still chose not to.”

Apart from the process of granting the licence, 4AX is also arguing that “ZAR X did not comply with critical statutory prerequisites for the granting of an exchange licence. ZAR X did not show in its licence application that it had the financial resources or the regulatory oversight and compliance systems in place to operate an exchange. ZAR X’s exchange rules also did not comply and still do not comply with basic requirements of the FMA.”

4AX appears to be most concerned about ZAR X’s ability to regulate what happens on its exchange and how this could introduce systemic risk into the South African market.

In her submission, Mukaddam argues that: “4AX’s substantive or principled challenges to ZAR X’s rules all ultimately stem, with two exceptions, from the following basic flaw in ZAR X’s exchange rules: they betray an overriding intention on the part of ZAR X to shed or evade its own regulatory oversight and compliance duties, and thus to avoid the onerous costs and other burdens of complying with these requirements of the FMA.”

This, 4AX suggests, will distort competition, since it introduces unfair imbalances.

Cook, however, points out that ZAR X’s rules are based “substantively” on new regimes developed in Australia and the European Union, which have stood up perfectly well. He also argues that their surveillance and monitoring systems are “very robust”.

“To me the real reason to make these objections is to cast aspersions and create doubt in the market,” he says. “They are putting speed bumps in the road to try to slow us down, which is disappointing.”

The most peculiar part of 4AX’s application is that it asks the court to make the JSE the arbiter of whether or not ZAR X complies with the FMA. It provides no reasoning for why a competitor should also be allowed to be a de facto regulator, nor does it explain how this would not be a conflict of interest.

The JSE is also named as a respondent in the case, it has however noted that it will not be adding anything to 4AX’s papers.

Zeona Jacobs, the JSE’s director of marketing & corporate affairs, said in a statement that: “the JSE will abide by the decision of the court and will not be making a submission”.

Moneyweb also requested comment from the FSB, but the regulator had not yet provided feedback by the time of publishing. 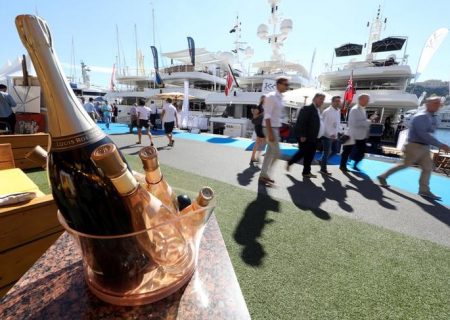